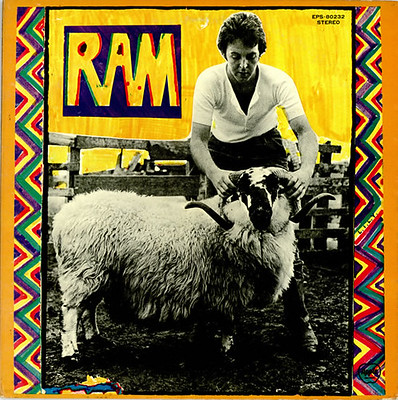 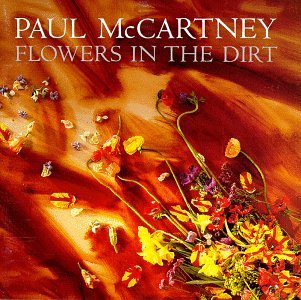 These were musical staples during my Junior High School years. RAM played repeatedly on my mother’s turntable as I sat in our apartment following my parents’ divorce. I listened to Macca’s piercing vocals on “Dear Boy” as this 13-year-old sat hoping and praying the End of Days were not just around the corner. The end of the century – Hell, the millennium – was staring us all down just under a decade away and there was regular discussion from everyone around me if the turn of that calendar would coincide with the deliverance of God’s wrath. The wicked would be swept away and the meek would inherit the earth. Finally. At long last.

The strange thing about living in uncertainty is that it gives life dimension.

If you flooded a room with nothing but light, you couldn’t see anything.
Of course, you can’t see anything in a completely dark room either.
You need shade and shadow to see what things look like.
Light and dark fighting it out for supremacy.
Life and death. Up and down. In and out.
Light and shadow.

I learned about that polarity from my father as I sat in his darkroom as a child while he developed photographs.
Light and dark. Color and shade.

I watched him craft photos back in the analog days when we needed to develop pictures in the dark.
Color photos required a completely dark room, or the film would be overexposed and ruined.
You couldn’t have color, brilliant color, unless you developed those photos in absolute darkness.
Light and shadow.
Color and shade.
Life and death.

Death gives life a strange sort of meaning. And the uncertainty of when it will arrive gives everything we do more and more texture.

But, if we’re not careful, it locks us in a state of terror.

But it’s always been that way.

Nothing has really changed since I was a 13-year-old listening to McCartney on the turntable hoping the End of Days were never coming.

And they never came.
And where does that leave me?
There were always dreams of escape as I listened to the lyrics of the final song on RAM: “The Backseat of My Car;”
“And when we finished driving
We can say we were late in arriving
And listen to her daddy’s song

Contrast that with the lyrics from McCartney’s tune that he penned alongside Elvis Costello many years later: the title track off of FLOWERS IN THE DIRT;
“She sprinkles flowers in the dirt
That’s when a thrill becomes a hurt,
I know I’ll never see her face.
She walks away from my resting place.
That day is done, that day is done.
You know where I’ve gone
I won’t be coming back,
That day is done.”

The protagonist of the song has died but is still trapped, forever aware that his life has ended as he will never see his lover’s face again.
But he’s trapped alone.
He’s trapped alone and he’ll never make it to Mexico City.

CHRIST!
The places my 13-year-old head went.
It’s a wonder I made it out of adolescence relatively intact.
But no wonder I couldn’t get a date to save my life until high school.
And even then, I seemed to stumble into almost every romantic and sexual encounter I had.
Gift of gab, I guess.
Just keep talking.
Just keep talking and maybe something will click.

Things that last forever terrify me.
Because they are things I can’t internalize.
The beauty of art is that you create something, you finish something, and then you put that something aside and start on something else. It’s a radical departure from life where we seem to fade into this thing and anticipate that we will eventually fade out of this thing.
But where do we fade to?
Do we fade anywhere?

The beauty of a record is that there is a set tracklist.
A finite number of songs.
A total story.
An arc that begins on side one and ends on side two.
And you take the record off the turntable, insert it back into its sleeve, and put it back on the shelf with all the other finite records.

I guess that’s why we create time and ritual.
A way we can take the experience of life and stack those records on a shelf. And we glance back over them to see if there’s anything we’d like to revisit.

I suddenly remember there was a small stream that ran between the campus of my Junior High and our apartment complex in my small Dallas, Texas suburb. A place where I would wander and imagine tales of escape. Tales of adventure. Epic tales of wonder.
I was trying to find a way to make it Mexico City in the backseat of my car.
And I was alone.
There was no lover or no friend beside me.
It was just me imagining the world I might somehow escape to if God would let me get out of childhood relatively unscathed.
And God let me through.
And I hope and pray I am still doing enough with the time I have been given.
Because there are moments where I wonder if I’ve done anything.
What dent have I made?
Or am I still just sitting in the backseat of my car waiting to get to Mexico City?

I buy the pair of albums from the shop and tuck them under my arm. A gift to my inner 13-year-old who is still waiting for his life to finally begin. Waiting to finally get away from that meager stream that runs between the Junior High campus and the apartment complex.

I continue down the sidewalk.
Hoping to turn the corner and find Mexico City.