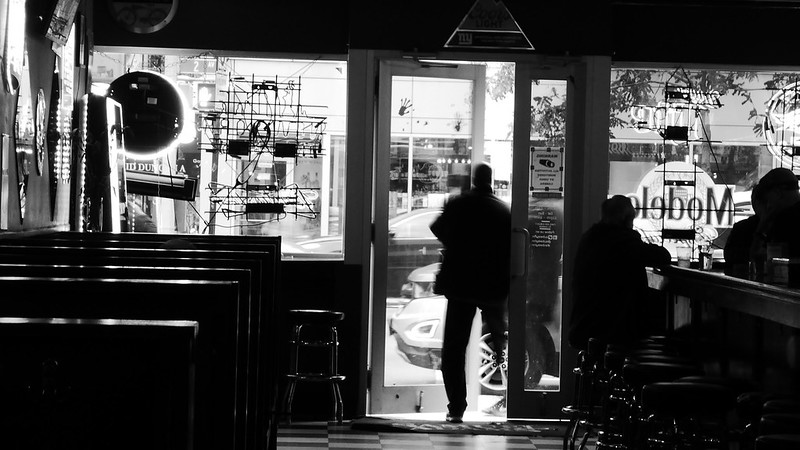 And the world should know about NASA Tommy.

I mark the racing form left on the bar and I play the superfecta 3-5-7-9 straight as I watch the horses load into the starting gate.

He never won anything, but he played those numbers every single time.

NASA Tommy was five-foot-two and built like a bookmark.  Small and slight wearing thick-rimmed glasses and perpetual three-day stubble.

He worked for years and years doing electronic and engineering work for Xerox.

But, as his nickname suggests, he first worked for NASA on their Mercury and Apollo programs back in the Sixties.

NASA Tommy was one of the fellows who was instrumental in getting the United States into orbit and off to the moon.

When he wasn’t plotzed from his fourth vodka martini on ice (a practice I can’t completely endorse, but Tommy had his ways, and no one was going to convince him he should take his martini straight up) he would regale us with tales of his time working mission control during rocket launches.

Not that any of his tales were ever regaled to us with any whimsy.  For a man of his size and stature, Tommy was remarkably gruff.  He was not a sprite, and there was nothing puckish about him at all.  His tales of mission control were regaled in a surly and crabbed voice sounding closer in tenor to a misanthropic toll-booth attendant than a fellow who once had noble aspirations of guiding our nation to the stars.

Sometimes it all had to be coaxed out of him delicately.

And sometimes he would just unleash like a geyser unprompted.

But Tommy could talk.  And talk and talk.

But Tommy had no family and few friends away from the local bar.  No spouse and no children.  He had a woman living with him for a while during a particularly fortunate phase in his financial portfolio, but as soon as the market turned, and his shares dropped in value she was gone.  Swinging to another fellow over seventy who was standing tall on his wallet.  She was in her thirties and trying to utilize the last of her beauty before time and space swallowed up her youth.  She was a bartender at another neighborhood local and had little else but her looks and her way with a cocktail shaker to trade in on.

More power to her, I guess.

We should all be so lucky to have youth and verve to trade in on when we have the chance to.

Few friends and no family.

And he was a lone wolf most of the time.

Sitting in the corner of the bar with his vodka martini on ice watching the Mets lose again and again.

Stepping out half a dozen times to smoke his unfiltered Pall Mall cigarettes.

NASA Tommy was a sullied gem and we loved him dearly.

And NASA Tommy was a lone wolf who hadn’t seen a doctor since the late 1950’s.

NASA Tommy put Mercury rockets into orbit around the planet and sent men to the moon and changed the technological landscape of the country.  And he did all that since the last time he had set foot in a doctor’s office.

NASA Tommy had a lump on his tongue for close to a year before he mentioned it to anyone.

The woman who owned the bar – a mothering soul if there ever was one; a true mother hen in the best possible way – finally convinced him to go get it checked out.

The lump was cancerous and mostly inoperable by that point.

And a few weeks later Tommy was gone.

And we’d never have any tales from Tommy ever again.

He had no family and few friends, so there was really nobody to mind his burial or funeral arrangements.

The woman who owned the bar ended up taking on the mantle and worked tirelessly to get Tommy a military funeral as he had served just before joining NASA.

Tommy was gone and no one was there to bury him except the woman who ran his local bar.

And he always played the lottery.

And I never found out why.

I never found out where those numbers came from.

And what they meant to Tommy.

But I got to play them now as the horse race is about to begin and I’m making wagers with the Universe at large.

I’m trying to pick that superfecta straight with 3-5-7-9.

Maybe Tommy will come to me in a dream one night and tell me what those numbers meant to him.

Because he deserves to be known.

But there’s something else I need to cop to.

I’m scared shitless of burning through the rest of my life like flash paper and finding myself a lone wolf at the corner of the bar drinking compromised martinis while the best years of my life drift behind me and the last thing I must show for it is a small photo displayed at the corner of the bar where I spent the majority of my retired years remembering the good years that have passed as opposed to creating new ones.

Because this fucking thing called life doesn’t seem to stop for anyone.

Like one of his Mercury rocket ships, I need to put the memory of Tommy into orbit and let him drift through the ether where – if there be a God – NASA Tommy will never be forgotten.

So, I throw his story to the internet.  A place where nothing vanishes, and nothing evaporates.  The demons can’t reach it.

Little NASA Tommy is a reminder to keep friends and family close.

The world is too big and too wide to hold yourself quiet down at the bar for too long.

I play the superfecta straight with Tommy’s numbers: 3-5-7-9.

In hopes that it somehow exorcises the demons that will turn me into NASA Tommy at the corner of the local bar.  A small man with smaller aspirations.  A small man who will watch his best years drift off into space while his oncoming years just fall quietly around him as he grows drunker and drunker without incident.

Like snow fall in the middle of the night.

A small, lovely evening that is ultimately inconsequential.

But I’m not going down without a fight. 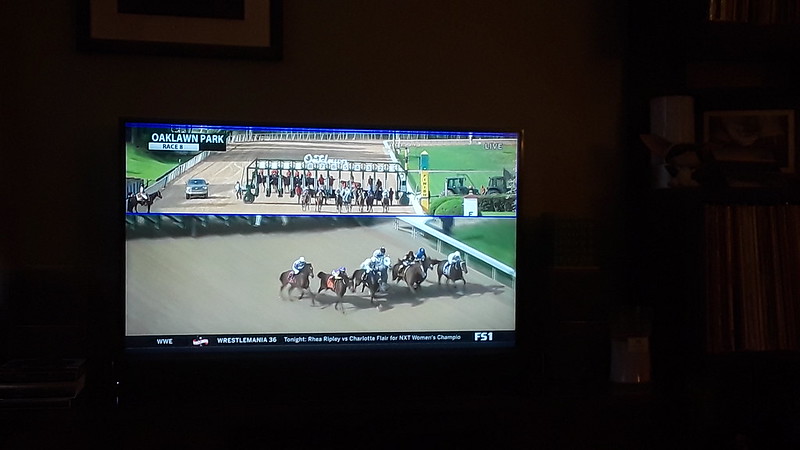 The horses are running, and I watch to see what order they finish.

I keep watching the horses.

And thinking of NASA Tommy.

The world needs to know about NASA Tommy.

And no one else is going to tell you about NASA Tommy.

I keep watching the horses and wondering if NASA Tommy will visit me somewhere in the night and tell me what the numbers meant.

I watch the horses run.

They’re around the turn.

I keep watching them.

Around the turn and heading for the finish line.