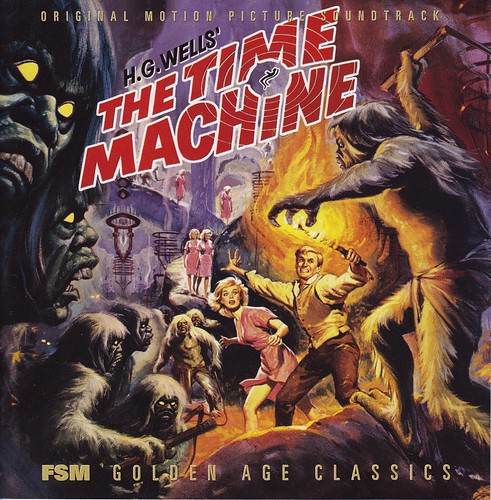 Trying to make sense of all of this kept me up many a night as a kid. How could all eventualities be possible? What if someone in the future was about to travel back in time and do something foolish or crazy (thus blinking the cosmos out of existence)?

The universe would end and we’d never know why?

Fortunately, Lee Billings writing for Science America has assured us that the quantum realm likely doesn’t allow any of these doomsday scenarios to play out because, per experimentation, the particles involved follow “the fuzzy rules of probability rather than strict determinism.”

Although I’m not sure if that’s any more comforting. At least we know what to expect with “strict determinism.” “Probability” expands possibility. But it also increases uncertainty. Right? If 1 + 1 can equal sums beyond 2, what menacing doors might that open up?

1.) Send a particle through a “closed timelike curve.”

2.) According to our fearless scientists, “Any particle entering one end of a CTC [closed timelike curve] must emerge at the other end with identical properties…”

4.) Conclusion??? “If the particle were a person, she would be born with a one-half probability of killing her grandfather, giving her grandfather a one-half probability of escaping death at her hands—good enough in probabilistic terms to close the causative loop and escape the paradox. Strange though it may be, this solution is in keeping with the known laws of quantum mechanics.”

Everyone still with me???

So probability is keeping the complete dismantling of our universe in check and would apparently beat the snot out of strict determinism in a Celebrity Death Match.

Knowing that lets me sleep at night again.