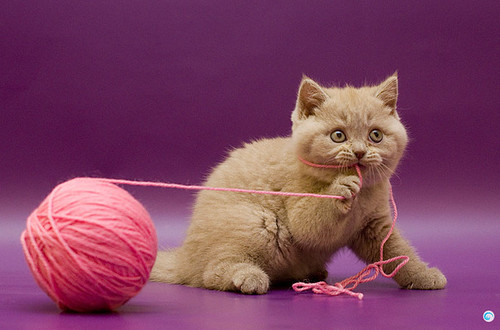 My first serious introduction to string-theory was 1999’s THE ELEGANT UNIVERSE by the incomparable Brian Greene (side note: I may have “star-fucked” Brian drunk one night during the inaugural World Science Festival after-party in New York City as I tried to thank him for writing THE FABRIC OF THE COSMOS…after three hours of an open-bar…and Brian doesn’t drink…so he had me at a serious disadvantage…and the look he gave me as I thanked him three sheets to the wind may haunt me forever…well…if you ever read this, Brian, just don’t let on how silly I looked…)

Brian’s exploration of this ridiculously small loop of string at the heart of the smallest particle that could determine whether that particle was matter or energy by the frequency of its vibration was ethereally beautiful. And a little frightening. As if realizing that the universe was simply an echo of God’s chamber orchestra.

The great hope for string-theory was that it would be that long elusive unifying theory that would finally get Einstein’s universe (sonorous like a Bach sonata) and Quantum Mechanic’s peculiar sub-atomic underworld (jittery and chaotic and sometimes seemingly out of tune…like an Ornette Coleman jazz solo) on the same musical page. If every particle’s identity was determined by the vibration of this loop of string, transitioning between the macro-scopic and the micro-scopic became a helluva lot easier.

Alas, scientists began to realize that one single, unifying theory of the cosmos was likely a pipe-dream. A great piece by KC Cole writing for The Atlantic details some of the history of string-theory and how it became integrated into so many other fields of science. What continues to fascinate me about quantum mechanics and string-theory is that it forces scientists to stare into a world that is not deterministic. The microscopic world is one ruled by probabilities. Not certainties. In its crazy way, it’s a spiritual exploration that scientists have to go on when dealing with the quantum realm. Because it demands uncertainty.

It’s what we all do when we stare into – for lack of a better term – the spiritual aspect of the universe and try to wrestle with what it all means and what it might be trying to tell us. When you consider that two particles that get entangled are able to “communicate” with each other across vast distances with no visible connection, it’s the kind of reality that begins to venture into the realm of faith. What is entanglement? Holy spirit? And many bristle with that kind of language, but there remains no clear scientific way to explain these connections. And probability is an aspect of faith.

Obviously, nothing is inexplicable, only unexplained.

And I’m sure science can ultimately find the mysterious rubber bands that are holding the quantum realm together. Binding the universe.

But it’s the strangeness of the microscopic realm that continues to intrigue me. If there is some kind of god (whatever the hell God is), might this be the kind of physics it would need to work with? Something that – to our eyes – would seem completely chaotic? Spooky?

And – to our mortal eyes – certainly not deterministic.

We’re like the two-dimensional worm burrowing through the three-dimensional apple. We can’t begin to understand the apple around us because we lack perception of that third dimension. We can’t even understand it!!!!!

So, in closing, I must thank Brian Greene once again for keeping me up late even more often than I was before. My existential insomnia thanks you. (side note 2: I did finally get to thank him soberly the following year after a panel on multi-verses…he didn’t seem to remember me…a blessing or a curse? Although I’m not sure which universe I caught the panel in, so it might have been a different Brian entirely.)