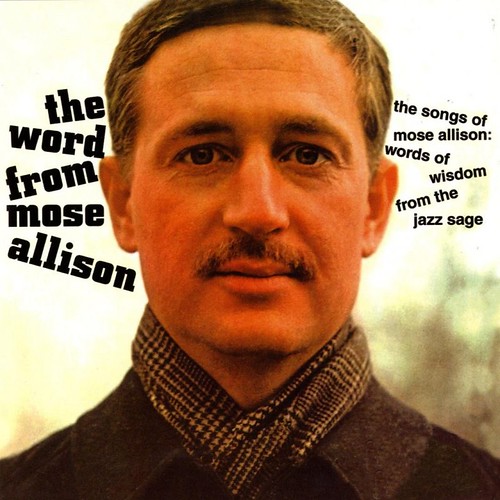 And the man could swing on the piano.

If you want to drop down a retrospective wormhole, start with his debut solo album BACK COUNTRY SUITE and you won’t be disappointed. It’s a great blend of soft-shoe swing with a just a bit of hard-bob on the edges.

And his influence reached beyond the confines of the jazz world.

He was a favorite of Van Morrison.

And lest we not forget the seminal performance the Who did of one of his classic tunes as part of their classic LIVE AT LEEDS album (one of the finest live rock albums ever committed to wax).

And the late-70’s punks loved him. From the Clash to Elvis Costello (dynamite cover from Costello’s KOJAK VARIETY album below; I still remember the album was a present to me for my high-school graduation; I was that kind of odd-ball).

So, pour an old-fashioned:

And enjoy a little tribute to Mose.

Video provided by We Won’t get fooled again