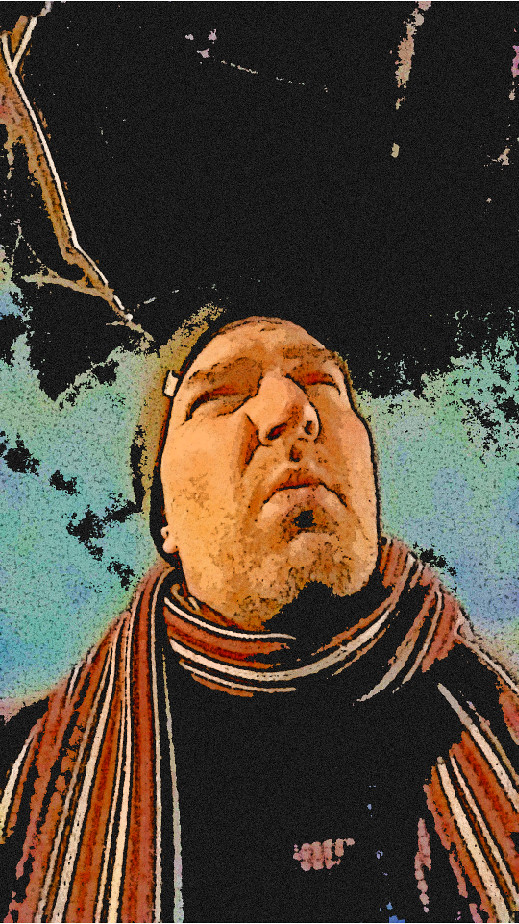 9.1
(We rejoin our hero near the Pond at #CentralPark South, his attempts to travel to Forest Hills, Queens seemingly thwarted by a cosmic loop that will not let him leave the island of Manhattan.)

We have reached the stage of the evening where one needs to step back and take stock of the inventory of our reality.

If we, in fact, live in an infinite universe with infinite possibilities, is it not possible – more than likely probable – that more than one truth can exist at one time?

These contradictory articles on this manifest of reality could all be true simultaneously.

Where does that leave me?

Am I truly stranded in Manhattan?

Trapped in some kind of pan-dimensional hamster wheel by some unseen force that wishes to do my family harm?

Is there some kind of Malevolent Intelligence that is plotting against the city?
Moreover, this force – a force I can only describe as Evil Personified – is holding me in this otherworldly rat-maze, stymieing any attempts I may make to stop its fiendish machinations.

Been on the streets out in the cold too long.

And popped one hallucinatory pill too many. 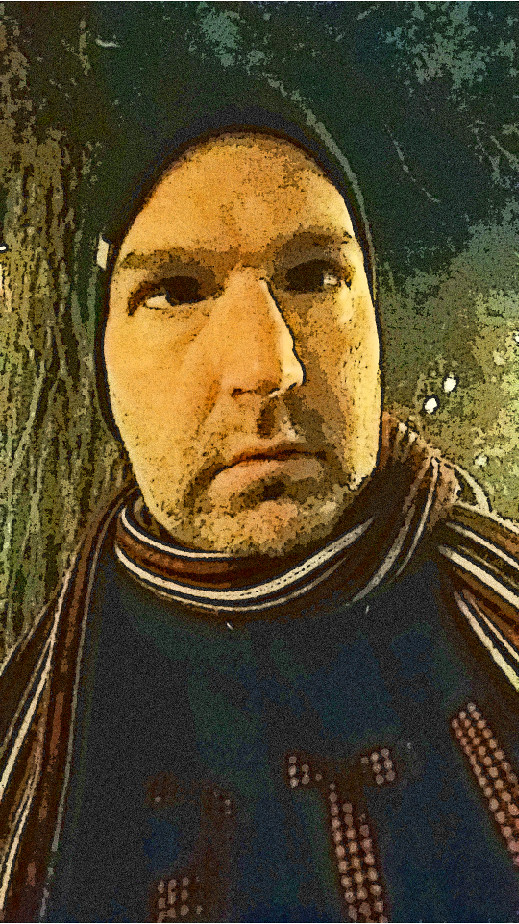 9.2
Some say God created us in His image. And some say we created God in our image.
And most would say that one of these two options needs to be true at the exclusion of the other.
They both cannot be true simultaneously.

Both of these beliefs cannot be true simultaneously or the mind will experience what many experts call cognitive dissonance. The conscious mind can only hold one thought at a time. And if the conscious mind tries to hold two conflicting thoughts at the same time, the holistic self with experience debilitating unease.

If we live in an infinite universe with infinite possibilities operating under a time/space continuum that has no beginning and no end, why can’t both possibilities be true simultaneously?
Why can’t God create us and we create God at the same time?
A sort of spiritual, metaphysical symbiosis.

We create the Devil and the Devil makes us do it.

Even if I am insane while I’ve seen the Devil, the Devil does exists and has me trapped in some sort of cosmic convolution that will not let me leave the island of Manhattan.
The Devil is trapping me while I create the Devil to trap me. 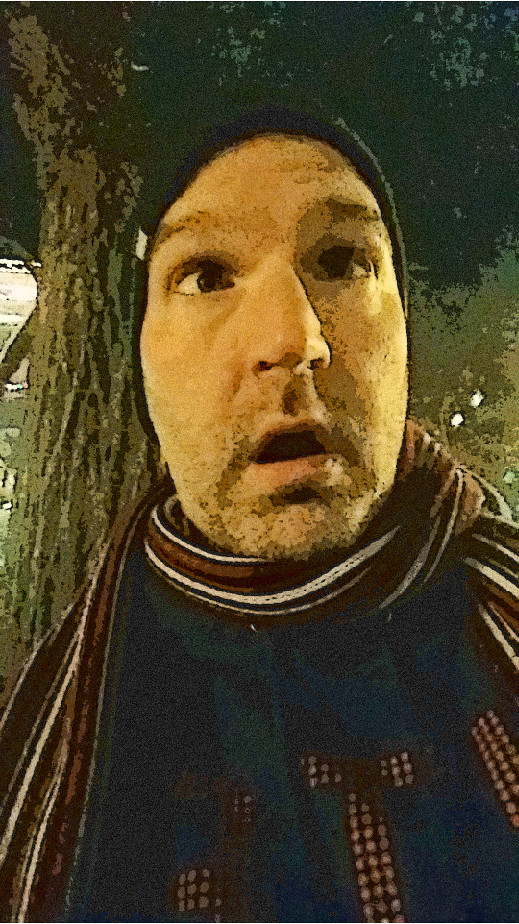 Stranded in Manhattan with too many conflicting truths to contend.

I see it on the anxious faces of all those people down on Fifth Avenue that pass us by while we’re panhandling.

God created us in His image while we were creating God in our image, but then our image got a new upgrade packet for the next-generation operating system, so we shut down the God we created and put up a new cellular tower instead.
And said tower beams all these contradictory truths to all these beleaguered souls.
They walk down the avenue staring into their phones looking for clarity.
But just getting more chatter.
More truths.
More perspectives.
More points-of-view.
More likes.
More comments.
More. More. More. 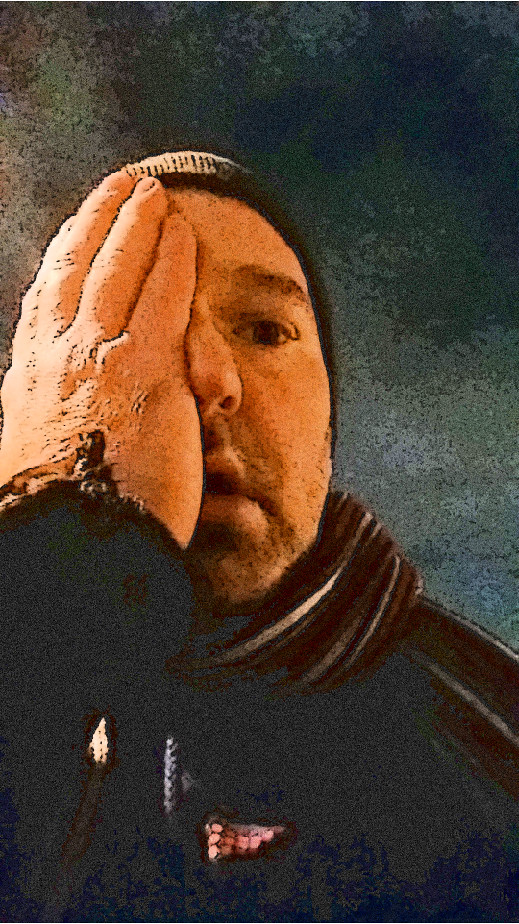 9.4
It’s like a mischievous malware the Devil let loose in the system.
So deeply embedded in the registry of the computer, no amount of sweeping or cleaning will remove it completely.
There will always be traces of it left deep in the software.
Lies mixed with truths mixed with confusion.
Too many truths and too much information beamed into these handheld devices at the speed of thought.
And we feed it. And feed it. And feed it.

We’re all trapped in this wormhole together. 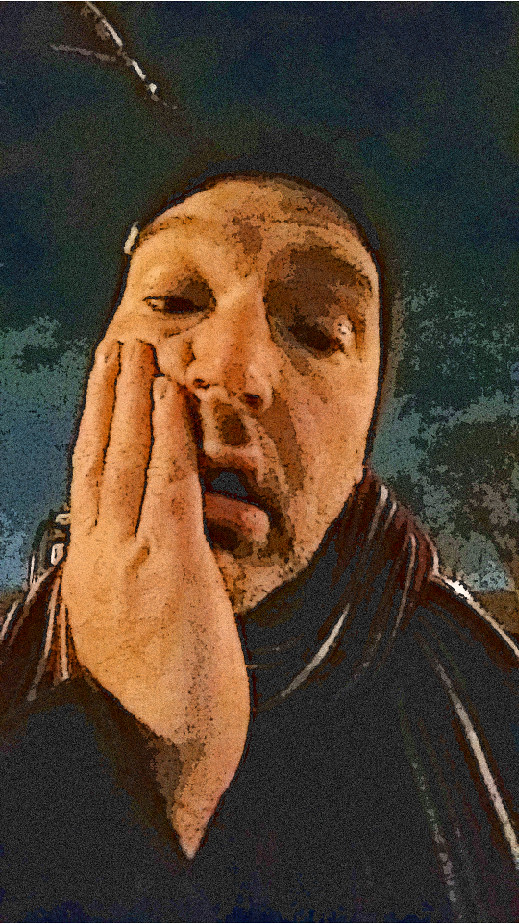 9.5
So what if I’m mad. Crazy as a loon.
So what?
I created God and God created me.
I made the Devil and the Devil made me do it.
So what?
If it’s all madness, so be it.
I fight my way through.
I reach back and touch the painting of the two lovers I still have strapped to my backpack.
The painting is still real.
A truth I can touch. 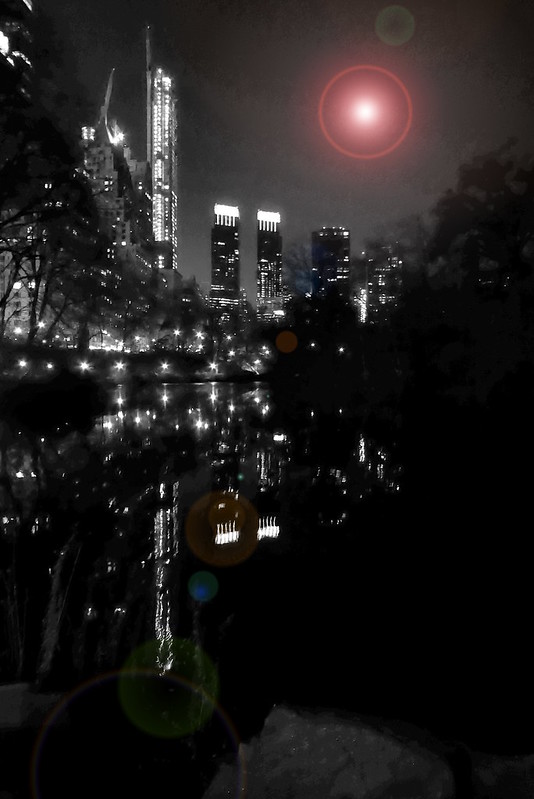 9.6
I look out over the Pond and watch the still water.
Need a plan to get off the island of Manhattan.
If I can’t take the F-Train express, I need to find an alternate route.
And outrun the Devil.
The Devil I made is the Devil I need to outrun.
The Devil I made is the Devil that’s watching me as I stand next to the Pond.
I see him watching me as a flare lights the sky over the dark water of the park.

How do you evade a supernatural entity that has you cornered in a cosmic anomaly from which there appears no escape?