The Martini Effect II – Chapter 3 (When the Penny Drops) 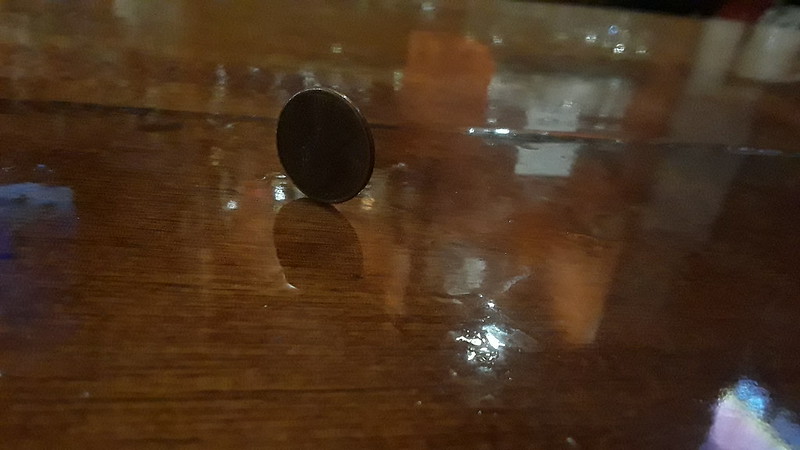 Praying the Three Days of Darkness have now passed, and I can step back into the light.

Step back into the light.

I step through the apartment door out into the building’s hallway.
I stand alone in the corridor.

I take the handful of steps it takes to reach the doorway that leads to the stairwell.
Still walking.
I haven’t evaporated.
The real test will be when I reach the outside.
When I step through the front door and head outside this building into the light of morning.

I walk down the stairway and feel my legs like jelly. They feel like legs that haven’t walked on firm ground in months and months. They feel like legs that have been at sea for too long. All these legs have felt is the incessant rocking of the ship on the open ocean. They haven’t walked on terra firma for ages and ages. Ground that will not yield.
I step into the main lobby of the building and look forward to the main door that leads out onto the street.
The late morning sun spills through the main windows.

But I still need to test the main door.

I step up to the door and take hold of the handle.

Just step through and see what happens.

The sun is brighter and brighter.

I push the door forward and step out into the street.

I start walking down the sidewalk toward the closest local dive that just opened.

The demons haven’t taken me yet.

The sun is still shining.
The ground hasn’t yielded yet. The legs get stronger and stronger.

The sun and the moon haven’t been removed from the Heavens and the sky is as blue as it ever was.

I turn the corner and head to the local.

The local opens in the morning around 10 AM. The usual denizens are the horse players that spend their retirement earnings trying to score that big win. If they score that big win they can leave the City and head to Florida where their older, retiring parents are now residing. They can move to Florida where the sun never sets, and the winter never comes, and the warmth never leaves.
Which always sounded like a sort of hell to me. Nothing gets better or worse. Stasis for all eternity.
Much the way the last eighteen months has felt.
Nothing gets better or worse.

I enter the local and sit down near the elbow of the bar where I order a pint.
The bar is cash only, so I pull out my money clip and give the bartender a ten.

As I pull the money clip out a penny comes out of my pocket with it.

Sometimes, when I’m solo in the bar and a little bored, I’ll take a coin and see if I can balance the coin on its end on the bar top.

I think back to my friend Marylou who would perform a similar feat with bar coasters when she was drunk and a little lonely at her local watering hole.

The penny stands for a minute.

The penny stands for ninety seconds.

The penny stands for two minutes.

The penny stands for three minutes.

The penny stands for four minutes.

I keep holding my breath.

One of the old horse players sits down next to me and taps the bar, trying to alert the barkeep.

And I think of the adage: when the penny drops.

And I realize how far I have fallen.

The demons have spared me, and God hasn’t called me away and I remain at the bar watching the now lifeless penny on its side as the horse player next to me pulls out his racing form and begins plotting his day’s wagering.

I look at the horse player next to me quickly, sizing up his age, shape, and form.
He looks to be in his mid-fifties or early sixties and outweighs me by at least fifty pounds, even though he only has an inch or two on me. He smells of cigarette smoke and pine, as if he’s just coming off a construction job.
As if he just pulled an overnight job and is now unwinding at the local haunt with his racing form.
Hoping for the big win. Hoping for the big score that will take him away from all this.
He looks the sort that would retire to Florida with his ailing parents.
He looks the sort that has recovered finally from his two divorces and has sent his three grown kids through college.
And now he wants the big score.

And then he’ll retire to Florida with his ailing parents.

And life may be half over.

Life may be almost over.

Life may be over now.

Nobody can shake me off my side.

But what if the penny never drops?

The penny must drop.

I finish my pint order a second.

Because I don’t know where I’m going to retire yet.
Because I don’t know how much longer I have yet.
Another ten years? Twenty? Fifty?
Or do I only have as much time as it takes to stand a penny on its end and wait for the horse player next to me to come along and knock it over?

Predicting a perfect superfecta is monumental because you must predict the first four horses that win a race in the order that they finish the race.
It’s a dime bet that can pay out plenty of money.
It’s like calling a lottery.
Perfectly.
In the order the numbers come up.
It’s a feat like no other in horse racing.
You can box a perfect or a trifecta. The horses can win in any order, and you get a pay-out. You may need to bet a little more to box your bet, but you have more chances to win from your wager.

You need to predict the horses perfectly.
First four places in the order they win.
The horse player next to me pushes his racing form aside and stares up at the small television in the corner of the bar, the horses making their way out to the starting gate.
I pull the racing form over and take a glance at the upcoming race.

Can I pick the superfecta?
Not even for money. No one to place my bet at this point.

Can I pick the superfecta?
Just this once?

Can I pick the first four winners in the order the cross the finish line?
Like making a wager with the universe.

If I pick this superfecta straight, will you give me another 75 years?
100 years?
Can I retire to Florida with my ailing parents?

Straight down the line.

I look down at the form my eyes draw across the racing stats.
Penny got to drop.
Penny got to drop.
The demons haven’t taken me yet and God hasn’t swept me away.
I haven’t vaporized.
I pick up the lifeless penny from the bar top and twirl it in my fingers. I mindlessly summersault it from one finger to another like a magician.
Need the big score.
Need a perfect superfecta.
I take the random pen that’s sitting next to the racing form and mark my picks down the side of the page.

Penny got to drop. 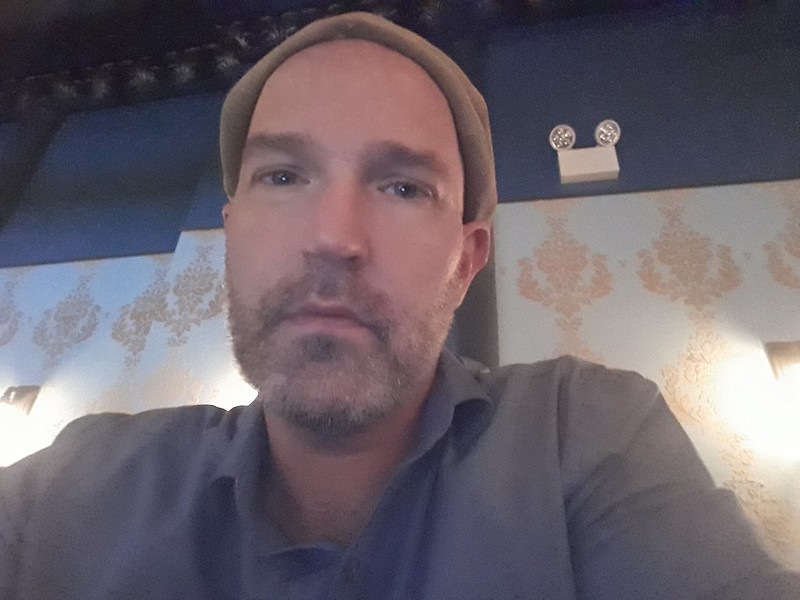 I look up at the small television at the corner of the bar where the ponies have loaded into the starting gate.
The horses are impatient.
Ready to go.
Ready to go.
Penny got to drop.
Need the big score.
The bell is heard ringing from the small television and the starting gate springs open.
The horses break out into a sprint.
And I hold the penny as the race begins to see if I can pick a superfecta straight down the line.