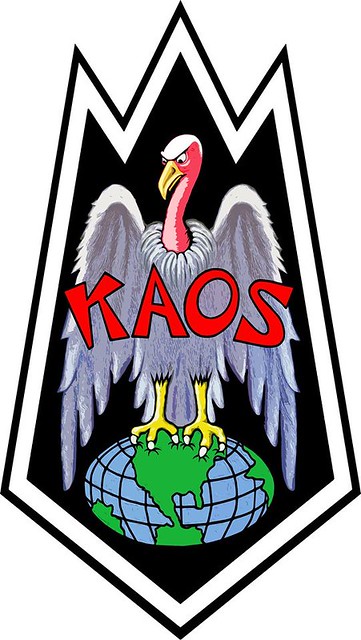 So much of human existence is spent trying to order our lives. Chaos is the enemy! We sweat and toil to alleviate chaos. To rid our lives of chaos. To create a lure of certainty.

BUT, if we let go of our desperate need for order, we may end up releasing the parking brake and letting the whole machine roll forward a helluva lost faster.

“CHAOS” IS DEFINED AS:

BUT IN PHYSICS, CHAOS IS DEFINED AS:

1). behavior so unpredictable as to appear random, owing to great sensitivity to small changes in conditions.

2). the formless matter supposed to have existed before the creation of the universe.

Think about it. “Chaos” is seemingly random. And “chaos” was here before the Universe was created. So chaos may be the dominant form that we as citizens of the cosmos turn back into and come back out of. And turn back into. And form back out of. Etc.

And science is showing time and time again that embracing the chaos is what is going to get us and our technology to that next great level.

Get comfortable with uncertainty, baby! It may be a bumpy ride, but it’s going to get us farther than we ever thought possible.

A number of years ago, WIRED.COM posted a great article on some developments in quantum computing that showed how a quantum computer’s “brain” works pretty much like a human brain. And that means that certain attempts by scientists to be fastidiously ordered are pretty much null and void.

“The new study, published in the March 12 Science, suggests that anxious physicists should just relax. A group of researchers at the Technical University of Denmark in Lyngby have shown that randomly arranged materials can trap light just as well as ordered ones.

‘We took a very interesting, different approach: relaxing all these ordered structures and using disorder” as a resource, says study coauthor Peter Lodahl. “Let it play with you instead of playing against you.'”

…notes Diederik Wiersma, a physicist at the European Laboratory for Non-linear Spectroscopy in Florence, Italy…

…Like a human brain, a quantum brain is not a perfectly ordered structure, he says. “Nature doesn’t need a symmetric structure. It just needs your brain to be working.”

Another great (and much more recent) article shows how strides can be made in what these computers can accomplish when we embrace chaos because of the unpredictable nature of quantum reality:

“As Kia explains, the new chip design uses ‘chaos theory — the system’s own nonlinearity — to enable transistor circuits to be programmed to perform different tasks.’ In our labored metaphor, your factory would stop employing more people, and instead train those already there to do multiple calculations. That way, you could do more work/math with the same number of transistors/employees, and apparently it’s not that hard to implement.”

The computer chip will avoid the limitations of Moore’s Law – not by having more transistors on the microchip, but getting the existing transistors to multi-task far more more effectively.

And a quantum computer wants to work more like a chaotic human mind. Take all that in. The very thing that makes us human is the chaotic in us. Because it’s not so ordered and so predictable, human consciousness is allowed to flip and change and leap and bounce and swerve and intuit and feel and change again. And still reason. It can still make structure. But it can do that after it has leaped around like a drunken fool at a frat party. So it can think deeper and be more imaginative.

But the human mind can still do your taxes.

So…embrace chaos. The Universe NEEDS YOU TO!