According to the Book of Genesis, the first thing God created was light. In fact, God’s opening line in THE BIBLE is “Let there be light.” And then the Hebrew text goes on to describe how He went off separating Light from Dark. Up from down. Sky from Sea. Man from Beast. Good from Evil. Etc. Etc. 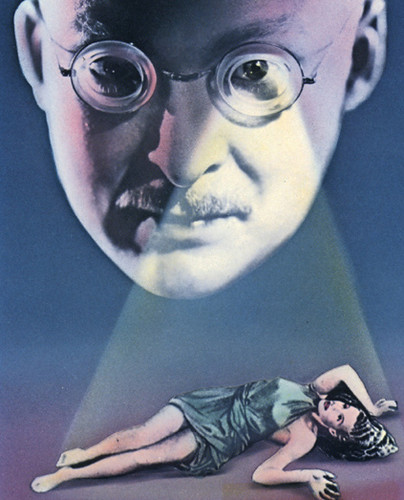 Even God needed LIGHT to see what He was doing. That strange, ethereal force that acts as both wave and particle. That curious sprinter that travels faster than anything else we know of. Just like gravity, we live by it, but really don’t understand it.

The really strange thing about light is how it acts as energy, but also has particles with quantum properties that can be “entangled.” “Entangled” meaning you can place both of these particles on opposite ends of existence and they will always somehow communicate with each other.

Years ago, there was a fantastic article dealing with Canadian physicists who had:

“manipulated a mysterious quantum property of light known as entanglement to mount up to two photons on top of each other, thereby allowing the construction a two-story quantum toy house of any style or architecture.”

A house built of light…how cool is that…

I was immediately put in mind of Italian Futurist Painter Luigi Russolo who played with light so boldly (as seen by paintings posted below) I kept many of his paintings at my desk while I was working on early drafts of NUTSHELL. Layers and layers of reality piled on top of each other. Bleeding through each other. Building off each other. Light bending and thrashing through all these layers. And I imagined what it might feel like to place my characters in that kind of colorful whirlpool where time and space AND LIGHT as we know it were no longer considerations. Like Lewis Carrol’s Alice stepping through the looking glass. Or down that rabbit hole. What would the Universe look like through those kinds of portholes? And how would we feel about ourselves and the new world around us?

TOP TO BOTTOM: “Music” (1911) and “House + Light + Sky Movement” (1913) by Luigi Russolo (wonderfully bizarre painter and composer – and author of classic THE ART OF NOISES)

All these years later, light is something we’re still playing with because we still don’t really understand it. We only recently were able to actually photograph light as both wave and particle. PHOTOGRAPHING LIGHT! There’s a snake eating its own tail.

Recent research suggests that we might be able to actually see quantum activity with the naked eye if we entangle enough protons:

“Nicolas Sangouard, a theoretical physicist at the University of Basel, together with two quantum physicists from Delft, Netherlands, and Innsbruck, Austria, has now shown in the scientific journal Optica how it may be possible to detect entangled photons directly. The basic idea of the experiment is that an entangled photon is generated and then amplified using a special technique, without destroying the quantum physical entanglement.

In the process, about 100 entangled photons are present, which, according to current knowledge, is the precise number needed to create the impression of light in humans. But although hundreds of photons reach the retina, there are also significant losses: only about seven actually reach one of the 120 million light-detecting rods of the retina. These photons then generate the nerve impulse that triggers the perception of light in the brain.”

Like building a magnifying glass to look at quantum grasshoppers in the backyard.

But what a beautiful contradiction light is. Light is a force that illuminates so much and yet seems to defy us understanding it fully.