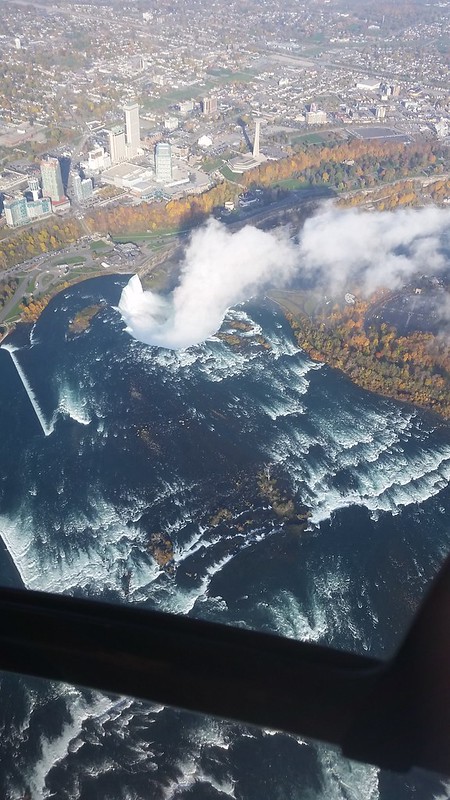 I recommend EVERYBODY ride in a helicopter once in their life! If you’re scared shitless of heights, I recommend it even more!

Because the thrill of the summit easily overwhelms the fear of the fall!

I spent my birthday weekend with the girlfriend in Niagara Falls, New York. We ate. We drank. We were merry. We skipped north of the border with newly reacquired driver’s licenses and booked it to Toronto for an afternoon (the border patrol was completely bemused when we returned reporting that we had been in Canada a mere four hours. Just for the hell of it.) I enjoyed a Cuban Monte Cristo from the Canadian side of the border with a bit of Laphroaig Single Malt Scotch and the Alabama vs. LSU game (which was scoreless for the first three quarters, so thank God I had the tobacco and the alcohol to help things along).

And we took a helicopter ride over Niagara Falls.

Unlike flying in a plane, a helicopter ride constantly reminds you how vulnerable you are. You’ve been sealed into a plastic bubble and tossed into the air. The helicopter veers right and left and up and down. You are turned sideways and slant-ways and back-ways.

And the NOISE of the propellers.

I SAID THE NOISE!

Keep the headphones on or you’ll be deaf by touchdown.

You’re sailing through the air and scanning the horizon, far enough from the ground to begin to see the curvature of the planet. Reminded that you live on a large spherical rock floating in the middle of the Universe.

And then you look down at Niagara Falls from high above.

These are the gears running the planet.

The thrill of the summit bests the fear of the fall.

And an hour later, we found ourselves at the base of the falls, looking up at the engine from below. Water and mist and rock jetties that were ancient. Imagining what it must have been like to round the corner and come up on these towering formations when America was being discovered by the Europeans.

I was truly humbled. It put my relative few years on the planet in crystal clear perspective.

And I looked up from the base of the falls and I saw another helicopter circling above with another deliriously frightened and exhilarated couple watching the falls from the sky.

How many thousands of feet had I covered in a few short hours? 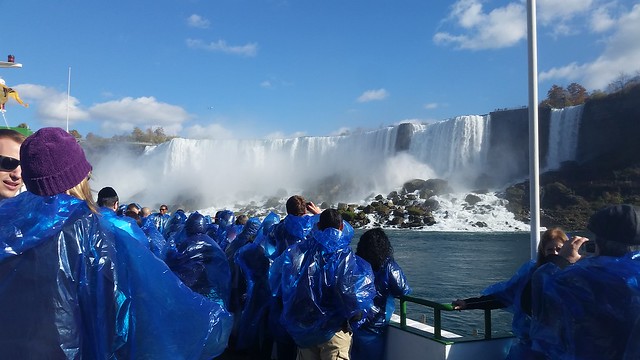 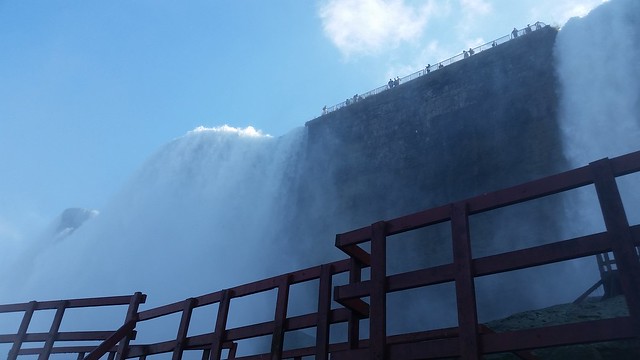