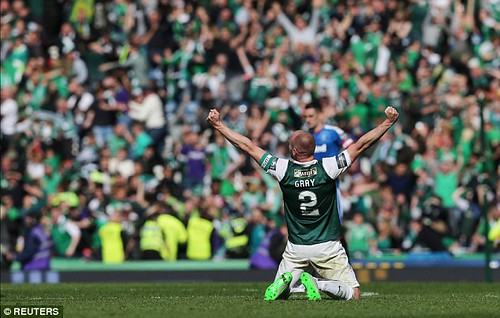 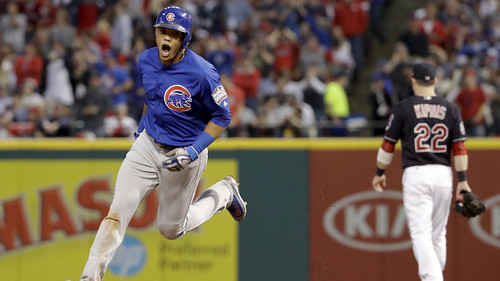 We were in Edinburgh this past May when Hibernian FC (one of the major local soccer teams, eternal rival to Hearts FC) won their first Scottish Cup Final in 114 years. Earlier in our trip across Scotland, we had seen the actual trophy on display at Hampden Park in Glasgow (Scotland’s national team stadium). We were told that it was the oldest extant soccer trophy in existence. England somehow managed to lose/destroy its original FA Cup trophy. We didn’t get too many details about the English soccer cup’s fate from the lovely, Scottish tour-guide. Just snickers.

And the Scottish Cup Final was happening that upcoming weekend. Every paper in Scotland was covering the “Hibs” vs. Rangers FC match that was scheduled that Saturday.

And all the papers featured Sam Martinez – lovely 106-year-old fellow – who had been following the Hibs for over a century.

Sam had never seen them win the Scottish Cup Final.

And, as luck would have it, I found myself at a bar in downtown Edinburgh as the Hibs took to the field in Glasgow that Saturday afternoon.

Would this be their chance?

And, standing in that bar a country away, I kept thinking of the Cubbies.

The Chicago Cubs. Another long-suffering fan-base. THE long-suffering American sport fan-base. Probably the only other sports team fan-base that would understand the sheer length of this kind of trophy drought.

Many of us follow teams that didn’t even exist when these teams last won their finals. Generations had lived and died within the time span of these trophy droughts.

And I just have to take a moment and thank the Sports Gods on High that I had the opportunity to see both of these trophy droughts ended in brilliant technicolor.

As I watched the Chicago Cubs win what may have been the greatest baseball game ever played at the end of one of the greatest World Series I may ever see, I thought back to the Hibs and their Scottish Cup Final win.

Welcome to a world where the Chicago Cubs have won a World Series in our lifetime.

Three months after the Hibs won the Scottish Cup Final, their oldest fan passed away.

He died a happy man. Likely with a huge smile on his face.

Because everything is possible. Nothing is futile.

And that’s why I love sports. The agony. The ecstasy. What can be overcome? What can be survived? How much can be changed?

What can be accomplished?

The Cubs’ eternal “Maybe next year?” No more.

Video provided by The Scottish Cup