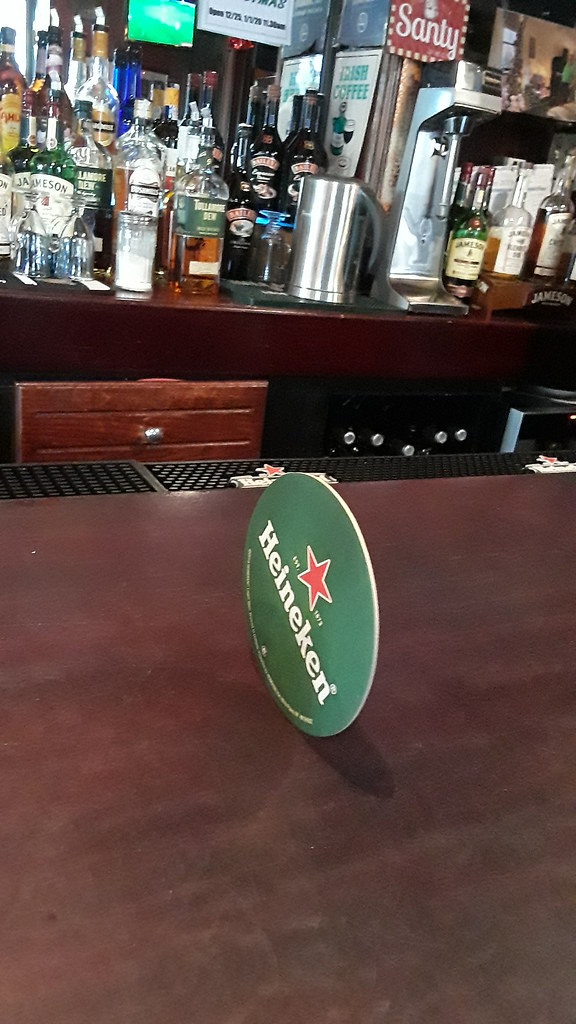 (We rejoin our Dharma Drunk heroes somewhere on Staten Island).

Marylou and I slip into a small dive a few blocks away from the ferry terminal and find seats at the elbow of the bar.

She orders a ginger ale and I order a club soda.

We’re finally ready to come back up for air. We’re ready to exit the wormhole clear and sober.

The bar is near empty. Light falls through the window and we can each see the nightworn heaviness weighing on each others faces. She is the hungover cousin of Ingrid Bergman and I am the hangdog brother of Peter Lorre and we are teetotalling at a poor facimilie of Rick’s bar from CASABLANCA. Although we await no papers of transit. There is no Sam to serenade us from his flatback piano.

There is no music at all.

But here we are. Marooned like folk with no country.

It stands on edge again by its own accord for a few brief seconds, and falls once again.

She picks up the coaster again and slowly works to balance it once more on its edge. 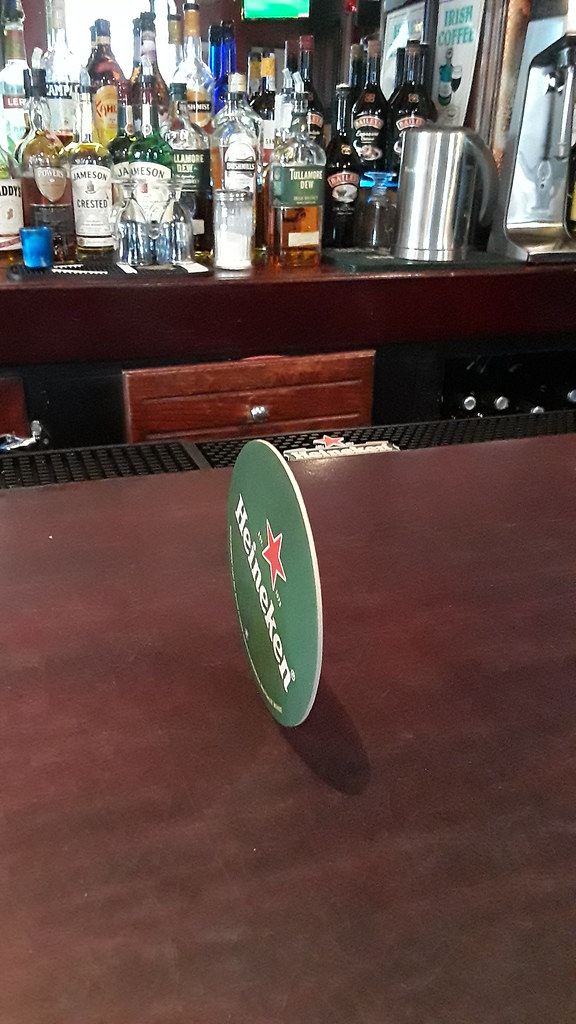 The coaster finally stands on its own.

“They used to ask Einstein how it felt being a genius,” Marylou says as we watch the coaster suspended on its edge. “Einstein would say he wasn’t a genius…he just stayed with the problem longer than anyone else.”