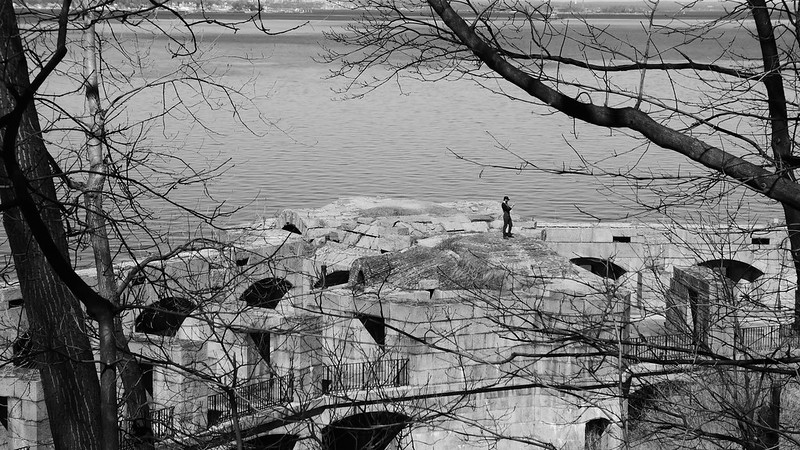 CAESAR: What sayst thou to me now? Speak once again.

SOOTHSAYER: Beware the ides of March.

CAESAR: He is a dreamer. Let us leave him. Pass!

I take the Main Street bound 7-Train and connect with the Q13 Bus heading for Totten Park at the edge of Queens. The park overlooks Little Neck Bay on this unseasonably warm Spring afternoon. Parents taking their children out on the jetty that stretches out into the sound. The jetty looks to be smooth string of stones from a distance. It’s treacherous and violently uneven once you step out into the middle of it. As if the Matterhorn was laid on its side and you were scrambling the length of it horizontally.

I think about other people’s lives that way sometimes. Smooth from a distance, but terribly cumbersome once you start to navigate it step-by-step. The rocks are unevenly set and unevenly spaced. Some may tread the rocks better than others. Some may slip and stumble. A bad fall could take you out.

But I can’t help not stop until I reach the end. 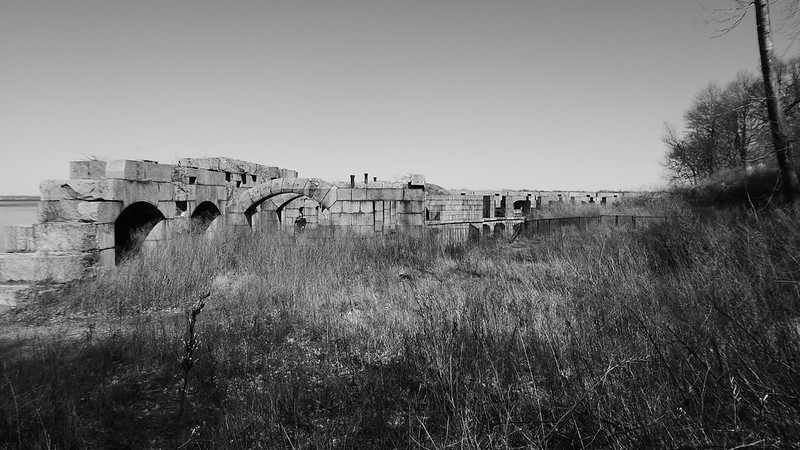 I travel to the end of the bus line to hike through the remains of the unfinished Civil War fort that resides deep in the park.

Unfinished because the fighting never reached this far north. The structure was supposed to support four tiers, but the war ended and the fort wasn’t necessary after that.

It remains one of the few Civil War monuments in New York City. A marker of a time when we were truly a house divided. A nation fighting itself over something far more intrinsically rotten than some idealistic skirmish on Twitter. And I feel the need to walk through it as I feel like a house split in two. Feeling the overwhelming drive to disclose and the disheartening compulsion to simply hide away and let the mob take over. 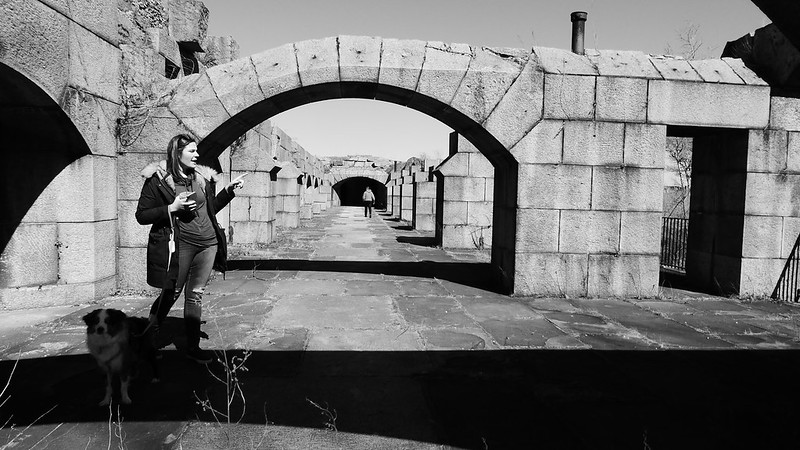 They’ll speak and I’ll just sit quietly in the corner.

Always navigating the chatter as we divide on everything. No consensus whatsoever. No one wants to lay down their sword for anything.

But it’s the Ides of March. Caesar murdered in another house divided from another time.

Beware the Ides of March.

All houses get divided. 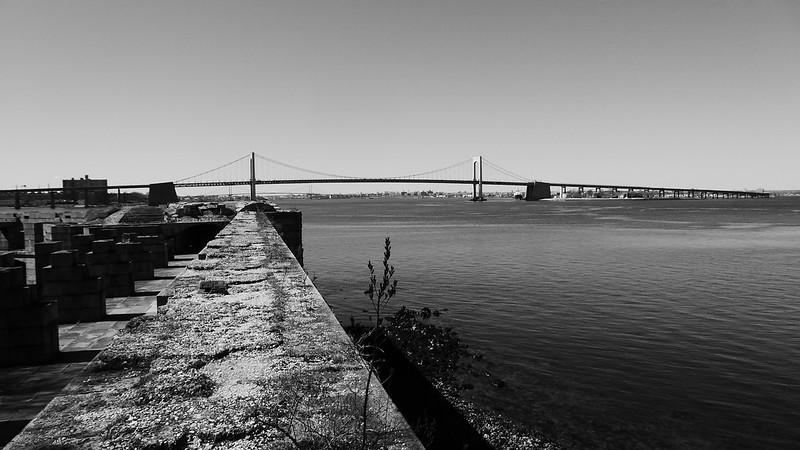 I stumble through the overgrowth leading to the fort and I think how all life is an opposition of forces.
Good/Evil.
Light/Dark.
Life/Death.
Profundity/Profanity.
Love/Lust.
It’s all a fight.
It’s one force trying to dominate the other.

All houses get divided.

I see where the cannons would have been set. Defending the island.
Oppositions of force.

I climb up on top of the fort and step as close as possible to the edge, looking straight down into the water. 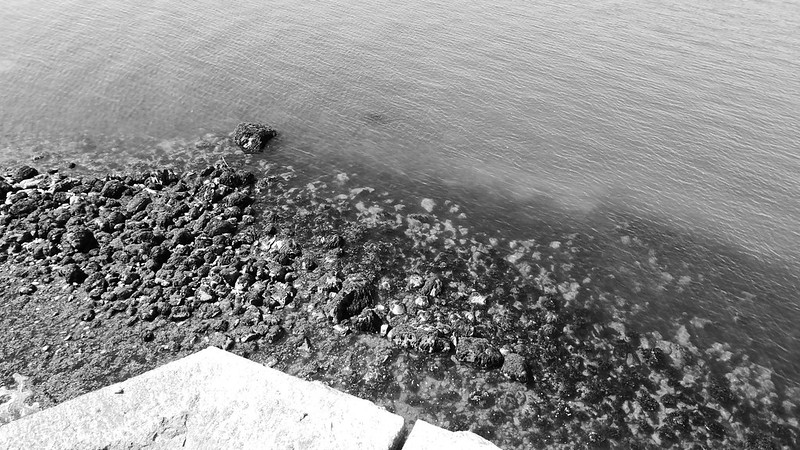 At least a few hundred foot drop, but you can still smell the brackish water.

The rocks below would easily take me.

But I stand at the edge and look straight down anyway.

How much discomfort can I handle?

Because if you want this view, you have to handle these heights.

If you want this life, you have to handle how vulnerable you are to death.

Because that drop and those rocks don’t care one iota about me or my status or condition.

The drop will pull you, the rocks will stop you suddenly, and the water will take you away with the tide.

These things don’t care who you are or what you have done.

So get comfortable with that, amigos.

Don’t be afraid of the edge, but don’t lose respect for the edge. 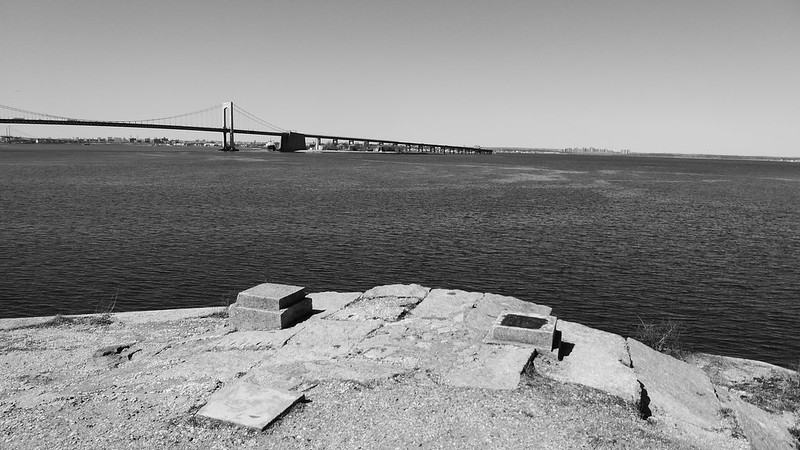 I look out over the Throgs Neck Bridge and watch the Sunday traffic hustling back into the city, everyone looking to beat the rush. So much so, they become the rush.

The bridge runs across the bay as a blissfully futuristic construct in stark contrast to the Civil War citadel I stand atop. Like a divide between centuries.

We are capable of such innovation and such cruelty. Our capacity to build wonderment and also enslave another people. To save life and also fight war.

We are an extraordinary contradiction. 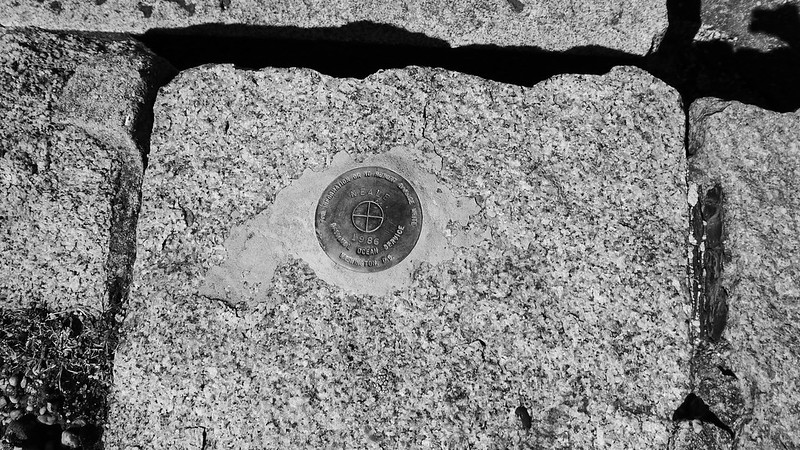 And then I hear parents walking their children through the tunnels and passages that weave through the structure.

The sound of complete abandon as daughters call to their fathers and sons call to their mothers. Asking how high are the walls and how old are the stones. Asking what it all means and how it all was made. 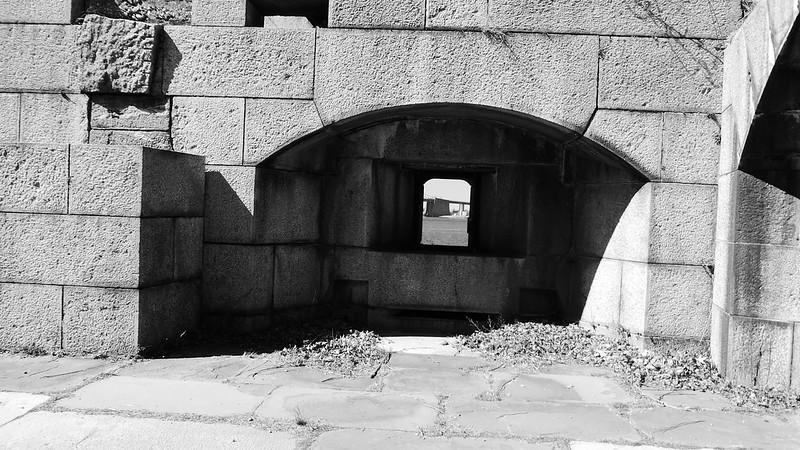 I listen to the them and wonder if that’s what God hears when we’re asking question after question, running amok through the halls and passageways.

What does it all mean and why are we here?

Tell us why we have to have good/evil, light/dark, profundity/profanity. 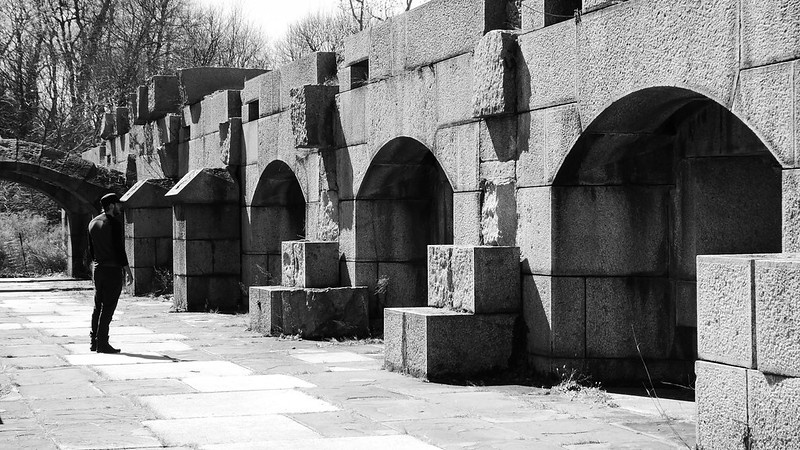 How high and how old?

Can’t it all just make sense?

I weave back through the underside of the battery.

Light continues to find its way in to take away some of the darkness. 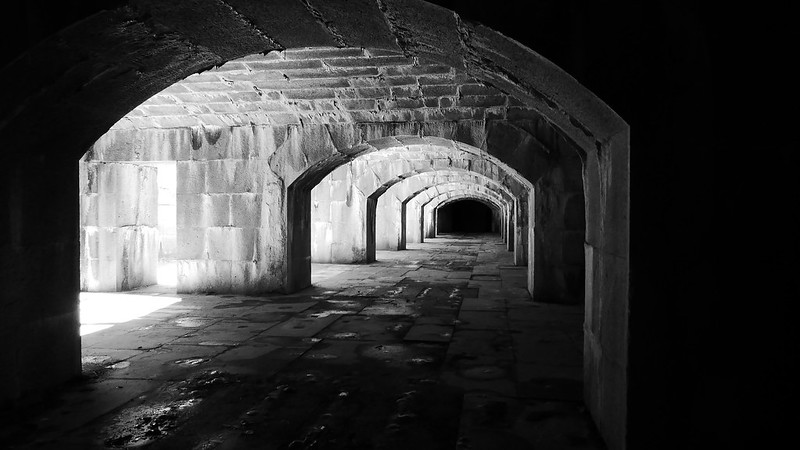 Because it always does.

Just like darkness always finds its way in to steal some of the light.

If we need some sort of truth, we can probably hear it somewhere at the edge between the opposing fronts. 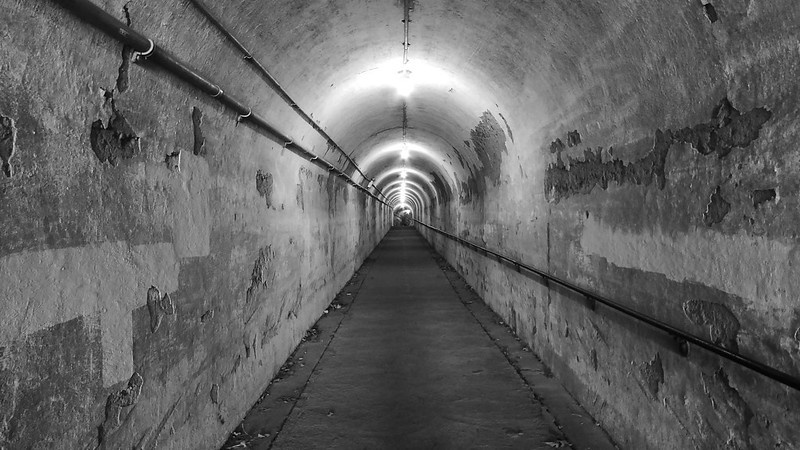 Find your comfort at the edge if you want any truth whispered to you from the dried and chapped lips of the elusive and ethereal being that conjures all of this up in the middle of the night whenever everyone else is sleeping. Like sensible people.

But sensible people don’t stand at the edge of opposing forces trying to hear what is being said.

That’s for the likes of the mad clairvoyant from JULIUS CAESAR.

Brutus should have heeded the madman’s words the first time.

Beware the Ides of March.

You want to know how to find any solace inside this house divided?

How close can you stand to the edge, amigos?