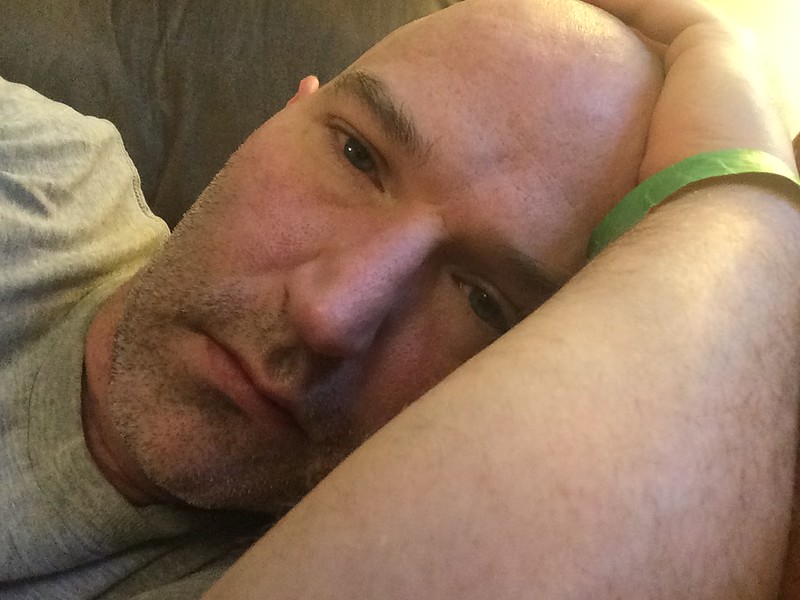 I lie awake in the dark of the morning, the fog clearing from my head as the last of the previous night’s toxins exit my beleaguered system, and I think how my mother used to tell us kids that the end of the world was near.

The End Times were upon us.

She would quote the passage in Revelations how the end of the world would “strike like a thief in the night” and we would be completely unaware when the thief placed a knife firmly in the back until all we would feel was chaos.

The End Times are near!

As the Berlin Wall fell and the USSR collapsed, and Bush Sr. talked of a new system of things with a thousand points of light and wars raged and children died of starvation and illness.
These were all hallmarks of the great tribulations that would soon be upon us.

“And I said unto him, Sir, thou knowest. And he said to me, These are they which came out of great tribulation, and have washed their robes, and made them white in the blood of the Lamb.”
– Revelations 7:14

Great tribulations would soon be upon us, and we would need to suffer through the Three Days of Darkness.
Demons would sound as loved ones as they called to us through our doors from the outside.
But those who kept the faith would be saved. They would manage their way through the darkest of times and emerge on the other side baptized by fire. A rite of initiation for the soul.

Every culture has their story of the End Days. Days of Reckoning and Days of Judgement.

Norse mythology describes Ragnarök as a twilight of the gods where a final battle between light and dark will be raged as the dead wake from their long sleep and walk the earth again.

Jewish mythology describes a great resurrection and nations at last acknowledging the God of Israel as the one true god and the Jewish Messiah will lead his people into a new age of peace.

Islam imagines the appearance of an Anti-Christ figure and a huge black cloud of smoke that will cover the earth.

All iterations envisage the skies dark as black. The sun and the moon blocked from view.

Darkness. They all speak of darkness.

But the faithful will survive if they hold fast and keep their eyes toward the prize of salvation.

Like a reassurance that the faithful will be protected even at the bleakest of times.
Keep the faith and you will be safe. No matter how dark the storm outside.
Keep the faith.

I lie awake in the dark of the morning and wonder what my mother must make of the world right now.

But even Jesus couldn’t have anticipated the absurdity that is the long dark night of the soul one feels as they scroll through the average social media feed during these days of darkness.

Just because everyone now has a voice doesn’t mean they always have to use it.
Like a drunken cocktail party at the end of the night when everyone has had one too many – and everyone starts speaking louder than is necessary and spouting the most absurd things imaginable.
Do these people not have therapists they can talk to regularly?
Mom must think that the end is due any day now.
The most harrowing thing about realizing that the world is not – in fact – likely to end anytime soon is realizing that you now have way more time to deal with than anticipated.

When you grow up hearing the world is going to end you don’t really think much about what happens after you turn 30.

50 is now around the corner.

Were we all in a bunker the whole time?

And do I simply no longer know what to do with the sort of chaotic freedom I am suddenly allowed now that the world is not going to end anytime soon?

What is Truth after all?
And who am I praying to?
Like a prisoner set free after a long sentence.

What the hell do I do with my days now that no one is telling me how to spend my time?
Do we put ourselves back into prison so we can cope?
Is that what we’re all doing now?
I’ve talked to many people who don’t know how to go back to before the pandemic lock-down.
They don’t know if they want to leave the safety of their homes and risk exposure again.
Exposure to infection. Exposure to harm.
But I imagine we all risk exposure to vulnerability as well.
We cover our faces so nothing can penetrate us.
But no one can see us smile either.
No one can see us laugh.
They can see us cry, but that’s only because our eyes aren’t covered yet.
Do we need a vengeful God to enforce Three Days of Darkness upon us?
Will we just impose it on ourselves?
I lie awake in the dark of the morning and wonder if I am one of the faithful who will survive these tribulations or if I will be one of the wicked who will vaporize once I have set foot out the door after answering the call of the demons who speak to me as loved ones.
I lie awake in the dark of the morning and wonder if this train of thought is lucid or the remainder of my martini hangover. 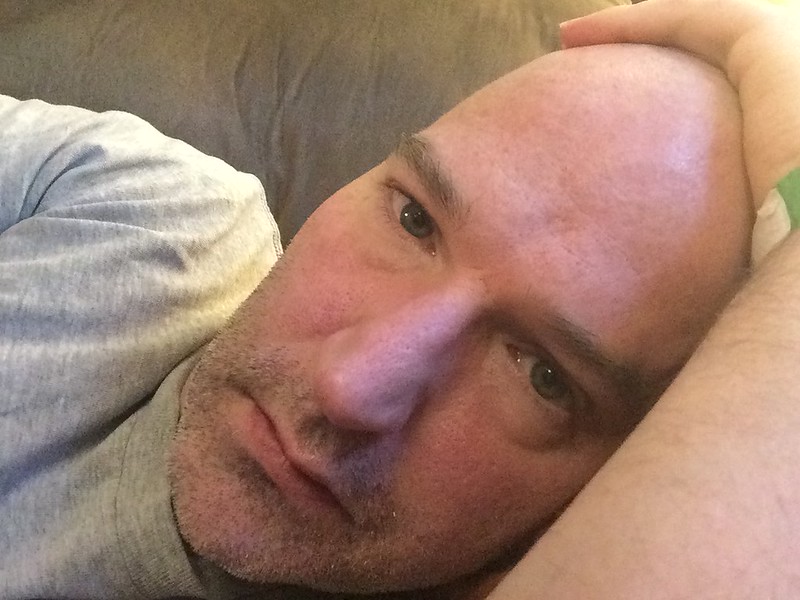 Is the sharpness of an impending Armageddon more comforting than the dull numbness of uncertainty?

No one knows the day or the hour except God – and God ain’t talking.

I pull myself out of bed and pour a cup of coffee.
I pop two small Buspirone tablets to ease the morning’s anxiety and sit in the silence of the kitchen for fifteen minutes as I meditate through my Chakras.
Because I have become this peculiar person.
I have become this peculiar person who imagines his energy centers as glowing globes of colored light that should be balanced and cleansed.
Because I quit smoking and started drinking green tea before singing gigs.
Because I started going to the gym and weight training.
Because I started keeping farmers’ hours to finish my literary drivel.
Because I became a boring adult.
And then I became a boring adult who lost himself inside the safe confines of home and hearth.
But my heart is still a malcontent bohemian who sometimes wants to answer the call of the wild and throw a grenade into the center of this safe abode.
This quiet before the oncoming storm of great tribulation.
I decide to leave the comfort home and hearth.
This story still needs more oxygen.
I finish my coffee and get up to go shower and change.
The shower will hopefully burn off the remainder of the martini fog.
And then I will have clarity.
I hope and pray.
I will exit my home and hope I will not vaporize as I step through the doorway.
Answering the voices that sound as loved ones.
I pray they’re not demons.