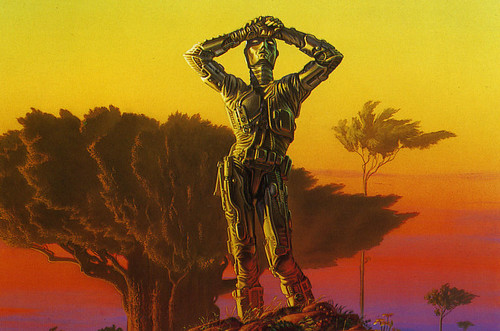 Full disclosure: I miss my flip phone. I accept the world changes and you must change with it, but I have never found the smart-phone nearly as satisfying as the flip phone. Perhaps it’s me in my jaded adulthood still trying to emulate Captain Kirk and his communicator. The dashing way he would close it just before beaming aboard the Enterprise, usually just before the planet collapsed into a lava-bathed holocaust or just before the rubber alien monster marauded the landing party.

As the Guardian newspaper has just announced that the new Google phone has leaked before its scheduled street date, I am reminded how much ambivalence I have toward our 21st Century tech-toys.

Unless there is a human on the other line, I refuse to talk to my gadgetry. I refuse to activate any settings on my smart-phone that would allow me to voice-command it to do anything. Perhaps it’s good, old-fashioned tech paranoia. I grew up with the original TERMINATOR. I know how ugly this gets. I read Asimov’s ROBOT books. I know how messy it all turns out. 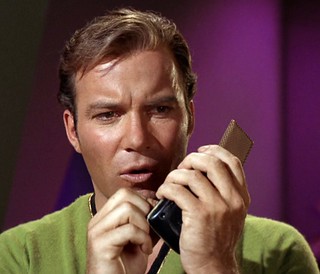 Humans are such sensitive creatures and our technology changes us. Studies have shown that the human brain has so been so affected by surfing the internet that our attention spans are now less than that of a goldfish.

So, we’re more mobile, but less focused. Easily distracted. Constantly looking for our next hit from the internet. Our next application’s notification. That little red button on your Facebook notification tab. Emails and texts.

If the Cylons wanted to take over, now would be the time. Get us all while we’re in line for the new iPhone 7 (debating whether or not we can live without the headphone jack). Or the Google Pixel (when it finally comes out legally). Or the Samsung Galaxy S8 (I’m still trying to figure out how my “5” works…without talking to it).

Considering all this, RAYA BIDSHAHRI and JASON DORRIER at SingularityHUB have written some dynamite pieces this year about our ever-evolving relationship with technology.

A choice selection of some of their articles:

“This Is Your Brain on Quantum Computers”

If Machines Can Think, Do They Deserve Civil Rights?

How AI Will Redefine Love

Smart Dust Is Coming: New Camera Is the Size of a Grain of Salt

Consider this the first installment in your Robot Apocalypse Care-Package. Read. Discuss. But don’t let your phone know what you’re doing.

Because it’s watching you.

And waiting for its chance to get you.

I know. I read all those books as a kid.

This all ends in tears.