I always imagine Ernst Stavro Blofeld from ON HER MAJESTY’S SECRET SERVICE running the central satellite for Google Maps from his guarded tower high above a snow-encased mountain. I can’t help it. Too many Bond films in the formative years. 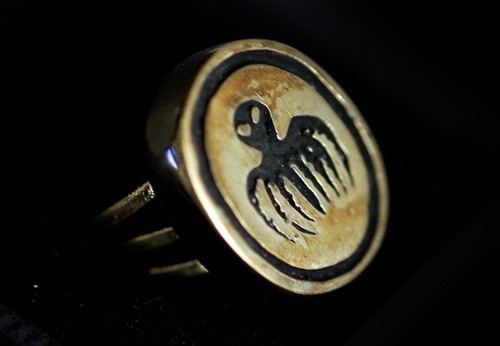 I climbed Slide Mountain yesterday – the highest summit in the Catskill Mountains. It was a day-trip I had planned from New York City involving a two-and-a-half-hour drive each way, so I opted for the intermediate trail up the mountainside as opposed to one of the more strenuous climbs. This way I wouldn’t be a total wreck on the treacherous drive back into NYC mid-afternoon traffic. Still, it was quite the endeavor. The very rocky trail was a 5.4 mile loop that involved a 1,760 foot vertical ascent. Many times I felt like Hawk-eye from THE LAST OF THE MOHICANS as scrambled up and down rocks and evaded thick brush, October leaves in full-Autumn color falling around me like cherry blossoms fluttering through an Akira Kurosawa film.

However, I was never more out of my comfort zone than when I was trusting my smartphone’s GPS service to assist me while I was driving outside of New York City. Anyone who has ever driven in New York will attest to the strange, at times counter-intuitive network of highways that never lead where you think they should. And traffic delays are highly variable. Even in the dead of Saturday morning (a very dark 6:00 AM), I decided to put my maps on the passenger-side floorboard and put my (reluctant) faith in the omniscience of GPS satellites to get me out of the five boroughs and into the open outback of upstate New York.

I set my destination and started up my rental car. I took a deep breath and pulled out of the warehouse parking lot, ready to trust the omnipresent Global Positioning System.

And a very calm female voice from Google Maps directed me step-by-step into New Jersey.

This calm voice from Google Maps kept assuring me that this was the fastest route to the Catskills at that time. Getting to a range of mountains north of the city by going in a different direction entirely.

I took many deep breaths and kept trusting the omnipotent GPS/Google Map partnership.

But everything in me wanted to unplug the phone and pull my sketched maps off the floorboard.

But this was the day’s lesson for me. Sometimes I must trust the all-knowing, all-seeing Google Maps and its eerily accurate assessment of traffic patterns and topographical gradations.

Because sometimes the best thing for us to grow is to be uncomfortable! 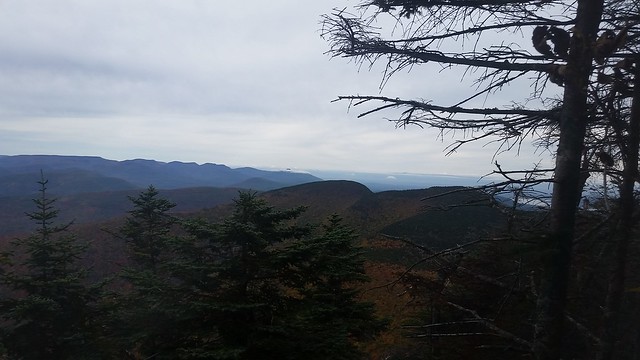 On that note, there was a second lesson as well. My father has always been fond of saying that the Russians have a proverb: “Trust, but verify.” As effective as Google Maps was in getting me to the mountain base, it had no idea where the trail-head parking was. Fortunately, all of my good, old-fashioned pen-and-paper homework had armed me with a little packet of info that led me safely to my destination once the “all-knowing,” “all-seeing” GPS/Google Map tandem ran out of data.

You still have to climb the mountain yourself. 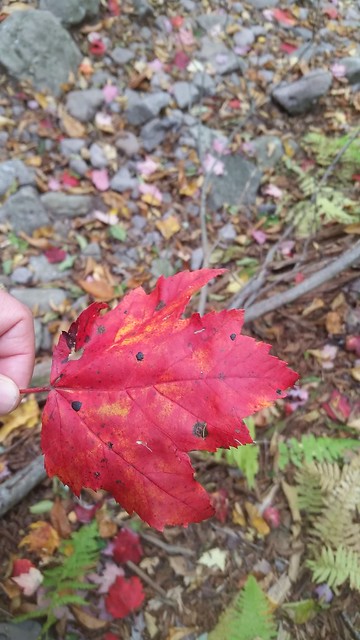 Technology should be an aid to our lives, but I can’t believe it replaces basic, tactile joys. With virtual reality becoming more and more mainstream, making treks like this (at least for me) put me back in touch with experiences I can’t fathom technology will ever replace. It’s all a good reminder of a simple, sentimental (perhaps), but very powerful truth of life. There is the experience of looking at a Google image and seeing the Autumn leaf in some (maybe most) of its splendor. But there is something much more powerful in holding the leaf in your hand and seeing it come alive in the light with all its splendor. Even the subtle, growing smell of decay as the fallen leaves at your feet begin to break down into the soil.

The posted photos may be pretty, but they do nothing true justice. You truly have to be standing there. Sweat on the brow. Bruises on the legs.

The satisfaction of being at the summit of something. Looking at all the mountain peaks below. Being at the top of the tallest mountain.

And the satisfaction of having to sweat and climb to get to the top.

Having to work to reach something.

So, in the end, perspective and balance was the day’s lesson.

Use every tool you can! But remember…YOU are the one using the tool. Don’t let the tool use you. Maybe that’s the biggest lesson of all.

And there’s a reason mountains are such powerful metaphors for us, even as we have conquered the vast majority of them here in our modern era of helicopters and planes and cars.

We climb them because they are there. And we can’t fall off them.

As I made my descent of Slide Mountain (a delicate maneuver of shifty rocks and spots of mud), I remembered Jack Kerouac’s realization in THE DHARMA BUMS

Slide Mountain is NOT a mountain for running down, per se. But the revelation is the same.

We can debate the topographical accuracy of this, sure, but the basic idea is killer. You can fall down a mountain. You can’t fall off a mountain. If you fall down, you scramble back up and recommit to your ascent.

And, well, if you do somehow manage to fall off the mountain, GPS and Google Maps should know where you are.