I HATE BLOGGING ABOUT REHEARSALS! WHO CARES! GIVE US A SHOW! SING US A TUNE! TAKE OFF YOUR TOP!

But it is a sobering moment when you’re in a rehearsal and the words you have written on an inanimate page are suddenly given life in the mouths of other people and these peculiar creatures (the characters, not the actors) you have been feeding in captivity for what feels like forever are suddenly free and on the loose. And you wonder what you’ve just unleashed. 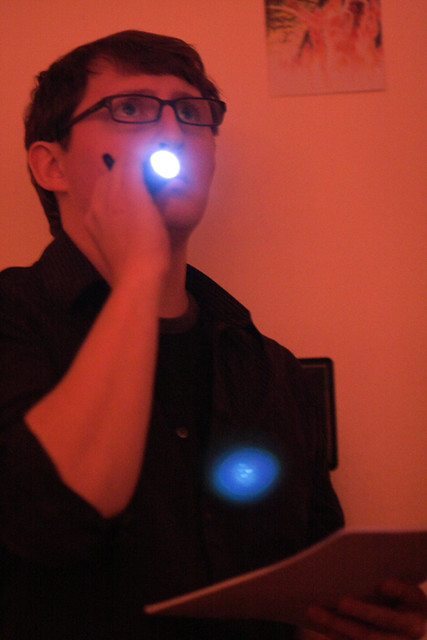 As of Fall 2016, I have now lived with this odd little play BOUNDED IN A NUTSHELL longer than any piece of theater I have ever created. It’s a puzzle that has continued to elude me. Like a Rubik’s Cube I just couldn’t throw away. I’d put it down for a while and work on other things. So many other things. As if I just wanted to forget about the piece. Maybe if I ignore it, it will just go away. I put it in the corner of my writing room and hoped it would grow arms and legs and walk away to a better writer who would know how to solve its mysteries.

I went off and did other things.

In the time I have been banging away at this piece, I have written two novels and another full-length play. I have continued to run two “new works” theater reading series. I have managed the blog. I have sung on street corners. I have tried to live real life as best I can.

But this thing kept nagging at me. Like ignoring a five-year-old child, the piece entitled BOUNDED IN A NUTSHELL (with its quirky, genre-mangled plot and oddball characters) found more inventive ways to get my attention. To force me to feed it. And like Audrey II from LITTLE SHOP OF HORRORS, it always seemed to need blood.

I’d get an email from an old collaborator asking about how that quantum computer play was going? I’d lie and say “great.” Two days after I had jettisoned yet another ending. 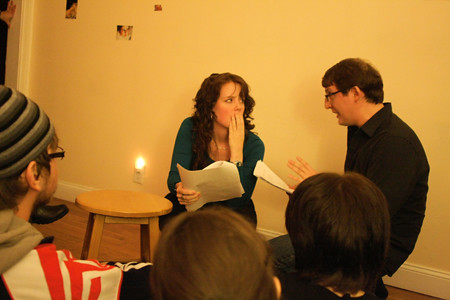 Brian Greene’s THE HIDDEN REALITY was released and I picked up my copy. All the time reading it, the Universe seemed to be asking me “When you getting back to that NUTSHELL play?” “Soon,” I said to the Universe. Lying through my teeth. I had just rewritten the beginning for the twenty-fifth time and was more than ready to take a match to the whole thing.

Hell, I was ready to walk away from the fucking thing entirely when Fresh Produce’d NYC reached out and wanted to workshop the script. In a moment of weakness, I had sent out the first twenty pages to a handful of people. A desperate moment wanting to pacify the noisy five-year-old child that was screaming bloody murder in my corner. “FEED ME, SEYMOUR! FEED ME! IT MUST BE BLOOD!” 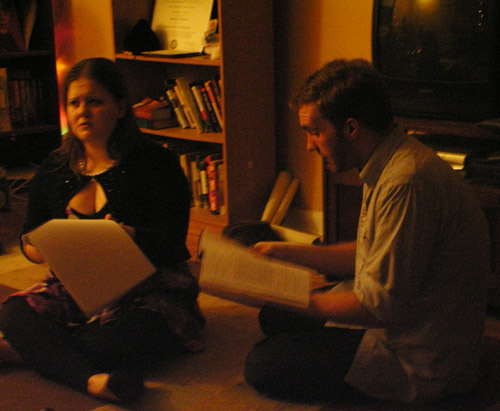 This play literally started in my old apartment. Thanks to the gorgeous talents of Kelly Strandemo and Thomas DeMarcus, we performed the first 25 pages of the play (partly because I was writing plays with cliffhangers, partly because it was the only 25 pages I had finished) in my living room with a small audience. The reception was encouraging (the wine and food helped), so I went off and wrote the rest of the play for a performance in about eight weeks.

And on and on it went. More parties. More readings. More rewrites. More versions of the beginning, the middle, and the end. Often wanting to take a match to it. Often convincing myself not to. Give it another day. Another version. Another rewrite. Another set of eyes.


More and more gorgeous talent. Fellow crazies who were willing to drop down a wormhole with me and see what might happen down that kaleidoscope. They all stood in the dark with their flashlights and searched the makeshift stage at party after party and performance after performance searching for what this whole thing was all about. 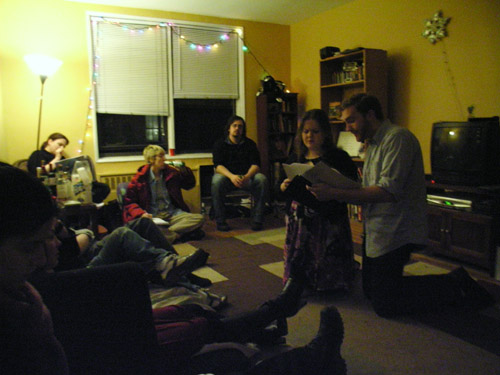 Talents like Molly Roberson and Nick Luckenbaugh and Angela Gant and Joshua Cox and Michelle Kuchuk and Collin Ware (just to name a few of the generous souls; ALL PICTURED TO THE LEFT with venues AND A WHOLE LOT OF INSIGHT provided by Matthew Resnick and Yvonne Norat Rigby). Reading after reading. Question after question.

They all asked GREAT QUESTIONS. And they demanded GREAT ANSWERS!

Sometimes I had great answers.

My apologies to them all. They unknowingly had been swept up in a cyclone that had spun in from another universe entirely. 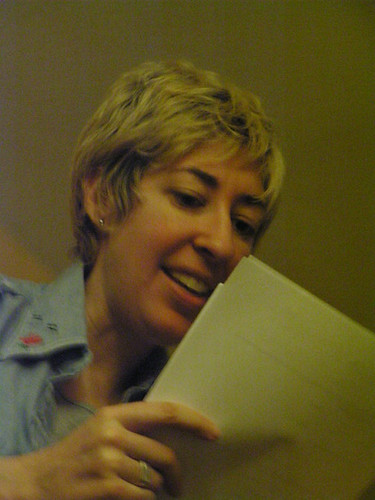 Creating NUTSHELL was never going to be a straight-forward process.

I had leaped into a world where time and space as we know it are irrelevant.

The process would be no different.

But, like a child, it sometimes takes a village to raise this kind of hell. And that hell with the five-year-old’s tenacity to scream and cry and thrash in a fit of envy just wouldn’t shut up.

I had to see this thing living and breathing on its feet.

So…this is me taking “taking my top off.”

This play and the process that has surrounded it has consistently taken me out of places where I’m comfortable. Maybe it’s the genre-bending. Maybe it’s the domestic drama at the heart of the play. Maybe it’s the theatrical conventions I’m bucking. Maybe it’s wanting to write a theatrical love letter to the scared eleven-year-old who was reading H.G. Wells alone in the cafeteria, dreaming of what might be possible in the universe. Maybe it’s being in the thick of my career and still being a little scared that the tweed-wearing theatrical aesthetes won’t know what to make of my Bergman drama told through the lens of the Outer Limits. 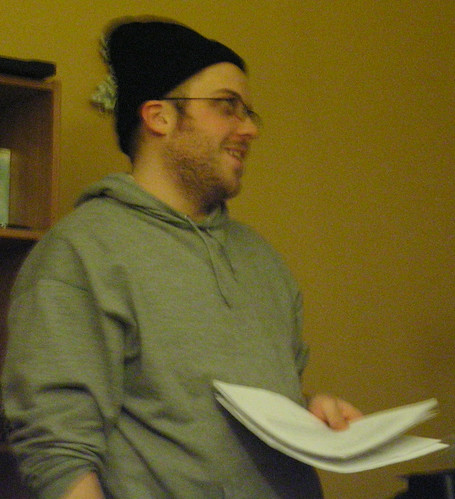 Standing in rehearsal on Tuesday night, I felt an immense sense of relief that there were a handful of people who felt unguarded optimism about the play. They had to see the thing alive and breathing on stage as much as I did. But, where I had often seen the thing as an obnoxious toddler who can’t stop screaming on the rush-hour subway car, they seemed to watch the play as this adorable infant who had the most pinch-able cheeks and endearing coo.

Because (Christ, I hope this is true!) it was new and exciting for them. Untapped possibility.

They hadn’t been banging their head against the typewriter for six-plus years on it.

And I realized a great truth of theater. That’s the gorgeous thing about rehearsing. The actors and director show up to save the play just at the point the playwright is ready to throw the fucking thing out the window, the pages lit by the seventieth cigarette he/she’s had that day. After the writer has soaked the pages in bourbon and said a little prayer to the gods on high that no forensic evidence of this piece of shit will ever be found.

I’ll say it again, it takes a village to raise this kind of Hell. I’ve been so lucky with the villages I’ve stumbled drunkenly through.

But it’s also a reminder that you have to stay with shit even when you don’t want to. You have to trust the fates and trust your own work ethic. Even when you feel like your talent is letting you down left, right, center, and even in directions you haven’t thought of. 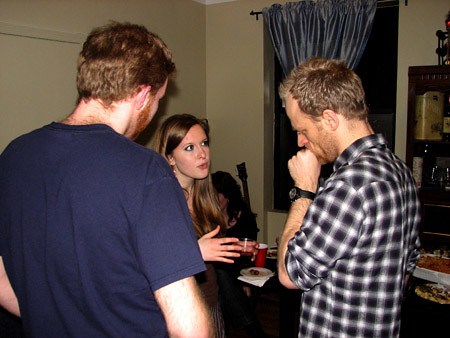 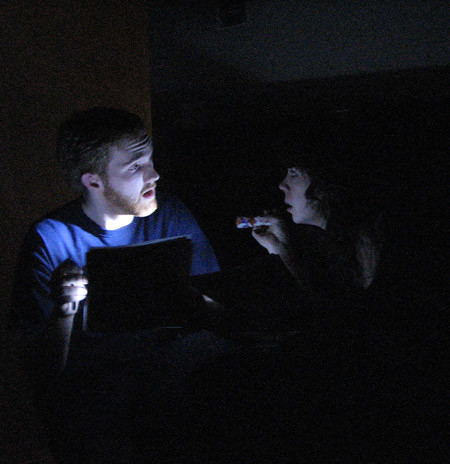 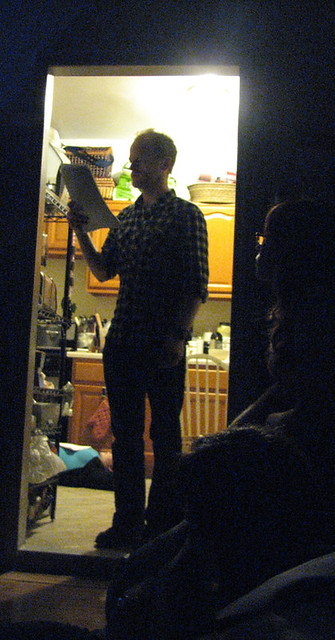 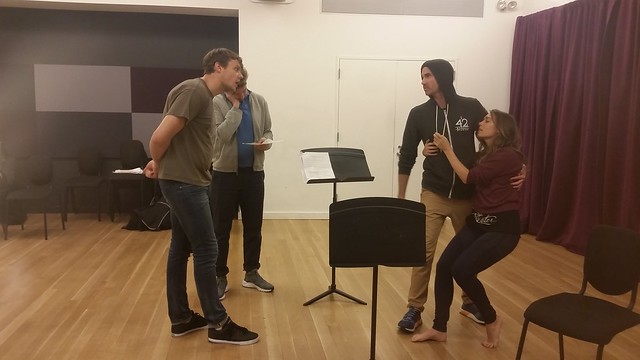 I keep farmer’s hours these days so I can practice first thing in the morning. The vast majority of those mornings are not awe-inspiring. It’s like a mechanic listening to an engine. Listening for the purr. And then having to tinker when the purr isn’t there.

SO…this is a thank you note to all the fantastic people who aided me in my endeavors with NUTSHELL.

Some say life’s a journey.

I prefer the guys who say it’s a process.

Because process is work. And “work” works for me because I get bored so easily. 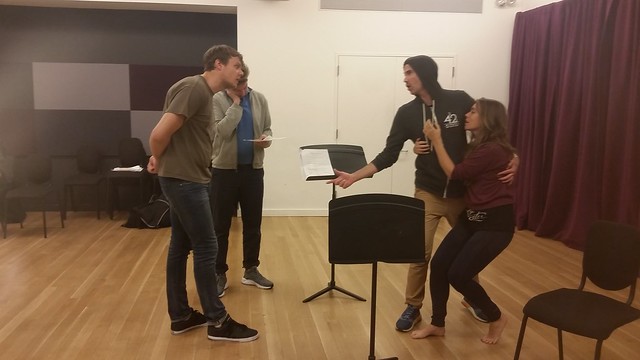 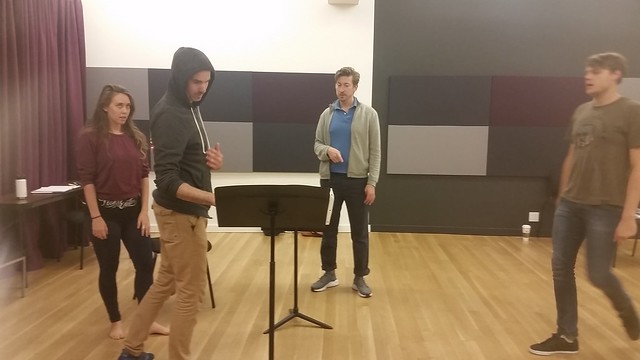