“A champion is someone who gets up when he can’t.”
– Jack Dempsey

“The fight is won or lost far away from witnesses—behind the lines, in the gym and out there on the road, long before I dance under those lights.”
– Muhammad Ali

“To become a champion, fight one more round.”
– James Corbett

“Rhythm is everything in boxing. Every move you make starts with your heart, and that’s in rhythm or you’re in trouble.”
– Sugar Ray Robinson

“A champion shows who is he by what he does.”
– Evander Holyfield (pictured below, honored Friday as a 1984 National Golden Glove winner/alumnus) 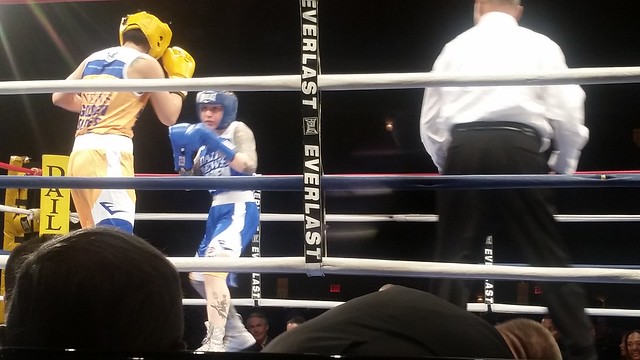 I sat ringside at Friday night’s New York Daily News Golden Gloves Finals and found myself listening to the bouts as much I watched them.

Because there’s a distinctive sound to boxing matches.

Two fighters striking each other. Looking for the fault trace in their opponent. The snap and the tap of the gloves striking the opponent’s head and chest and forearm.

And then a three and a four-beat combination. 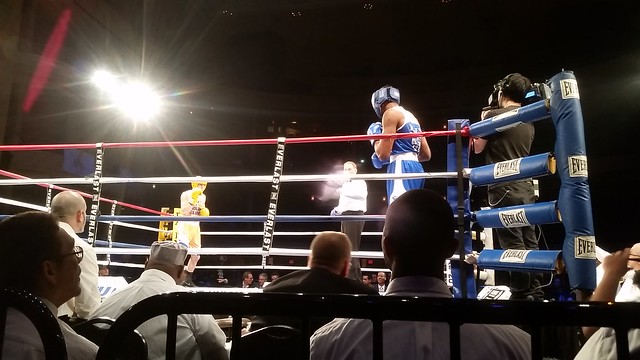 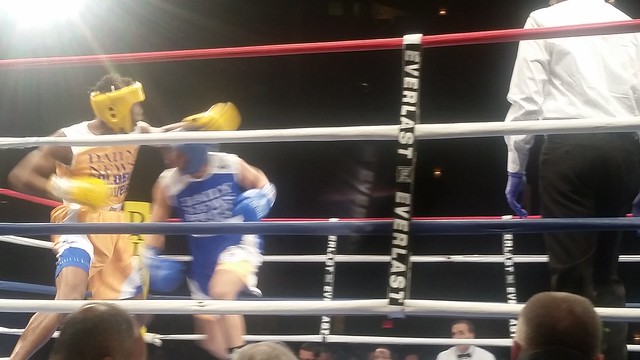 The atmosphere in the audience is kinetic! Friends and family cheering their fighters on. Random fans simply thirsting for a good bout. Like armchair quarterbacks shouting commands to the warriors.

No more. No more.

And they keep moving forward anyway. 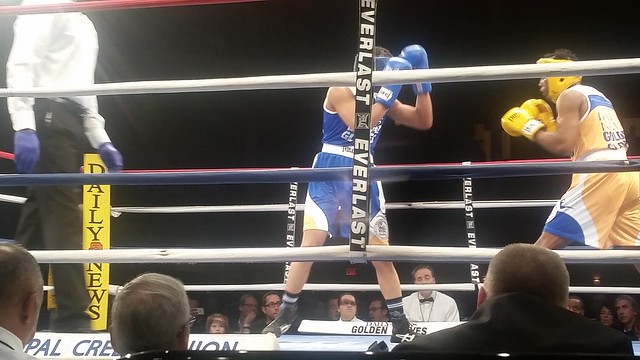 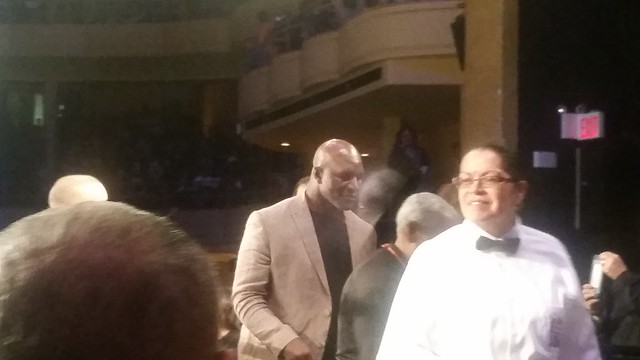 No retreat. They take the punches and keep moving forward.

And they return the punches.

And, trite as it sounds, I am reminded to keep moving forward in my own life even as every instinct within me tells me to retreat.

And, most importantly, keep returning the punches. 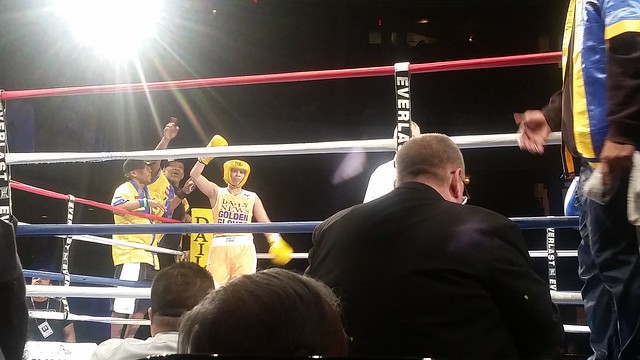 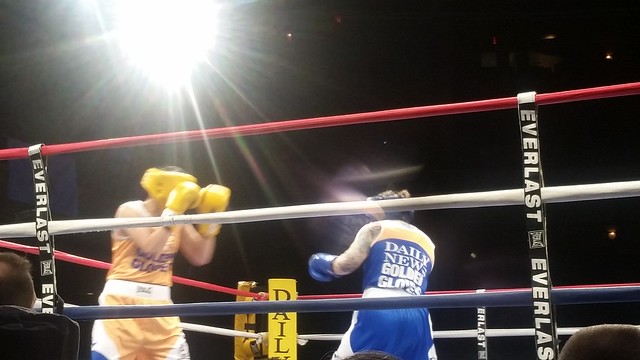