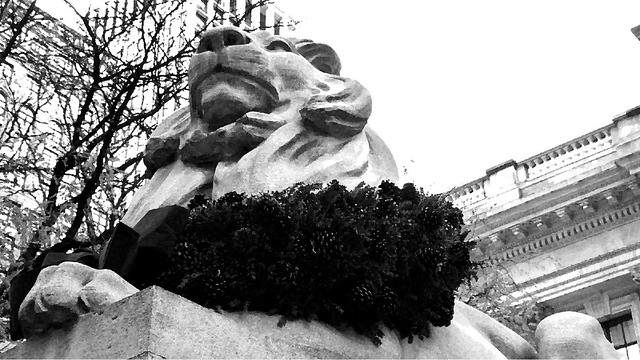 3.1
(We rejoin our hero in front of the #NewYorkPublicLibrary on 5th Avenue and 42nd Street.)

The hisses and the voices and the taunting laugher return. The sounds are deriding me as they drift in from Grand Central Station.

But what’s the plan?

I’m moving uptown to 42nd Street. Toward the hissing and the taunting and the laughter.

God Almighty on high. Give me a chance to be like the lion. Protector of all he surveys. Strong and silent. Except when he roars. And then all cower in his presence.

Give me a chance to be like the lion. To save the city from the Devil’s plan. The plan in hand. As soon as I find out what the plan is, I can stop the plan.

And they’ll lay a wreath around my neck every December. My flower blanket for a race well won.

God Almighty on high. Give me a chance to be like the lion. 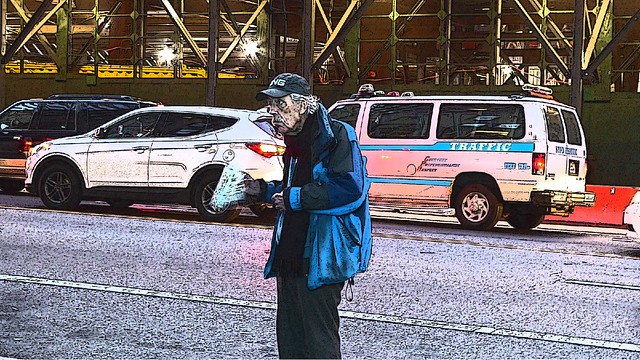 Heading to Grand Central. Heading to the voices and the taunting laughter.

Good old Billy.
He went into his father’s carpentry business and ended up being a high-end contractor. Billy worked on refitting one of the malls up in the Bronx when the borough started to change. Solid work. Solid man. They don’t make them like Billy anymore. They broke that mold with Billy. He was a legend in town.

He loved his work, but he loved the horses more. Lost a huge bundle on a Triple Crown hopeful and could never bounce back.

I figure we’re all one big loss away from not bouncing back.

“Haven’t seen them in days and days,” Billy says back to me. “Maybe they left town?” Billy asks.

“The Devil got them,” I say to Billy.

“The Devil gets us all in the end, I reckon,” Billy says as he continues to shake his cup.

“Have you been hearing the voices?” I ask Billy. “The laughter?”

Billy looks at me strangely. “I”ve been hearing the voices for two decades now,” Billy says to me. “And the laughter? That’s all they give me out here.” Billy keeps shaking his cup.

“Don’t let the Devil get you too, Billy.”

Billy smiles. He still has most of his teeth. He swears it’s because he still flosses. He may not have a steady roof over his head, but he can still take care of his gums. His gums are one of the few things he still has.

“I’ll keep the Devil off my trail. You do the same.” Billy keeps shaking his cup.

I think Billy is listening to different voices and different laughter. He’s a legend in this town.

But he’s no good to me now. He’s not hearing the same voices as I am.

He’s not hearing them talking about the Devil’s plan. 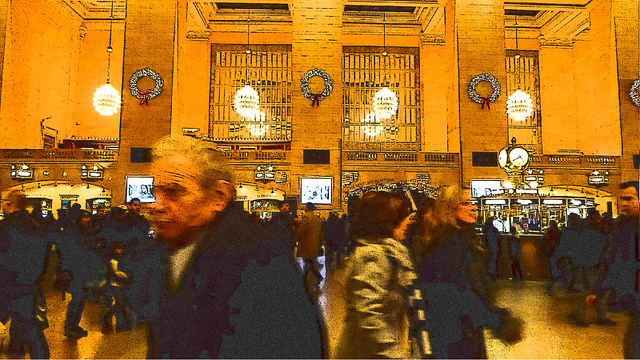 3.3
I cross 42nd Street and head into Grand Central Station.

And the hissing. Now it’s like white noise on the radio when the dial is in between stations.

Nobody hears the voices or the laughter.

Nobody hears the Devil’s plan. 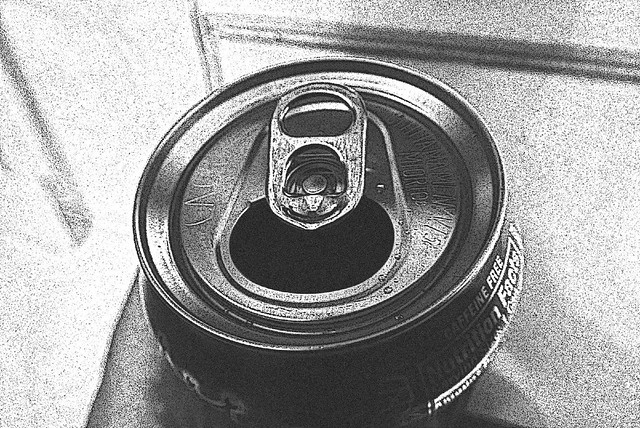 3.4
I hear my name being whispered from a corner.

A metallic voice. Like those old string-can phones we used to make before we got the walkie-talkies for Christmas. Back when my parents were alive. Back when the most important thing in life was trading ghost stories with your best friend next door.

And speculating on neighborhood girls.

Before we all got way too complicated.

The voice is coming from a single aluminum can in the recycling bin.

It’s a dark voice. Sinister and sinewy like slithering snake.

The can laughs at me. “You’ll see. We won’t tell you too soon. That wouldn’t be any fun. You’ll see.” 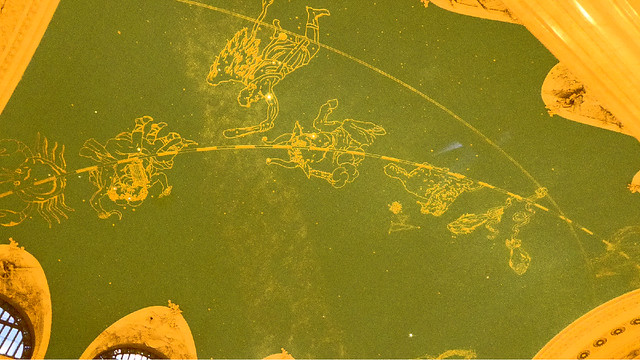 I have to be a lion.

I have to protect all I survey.

I toss the can away and turn to the station foyer.
“I am the lion!” I call up into the heavens of Grand Central Station above me.
“And I will stop you!” I cry out as I stare at the cyclorama of manufactured constellations above me.

The voices and the laughter stop.

The hissing cuts out.

All I hear is the rush hour crowd around me.

The Devil knows I’m coming for him.

My eyes dart around the station.

I need to get on a train home.

Home. My real home. A place I haven’t seen in ages.