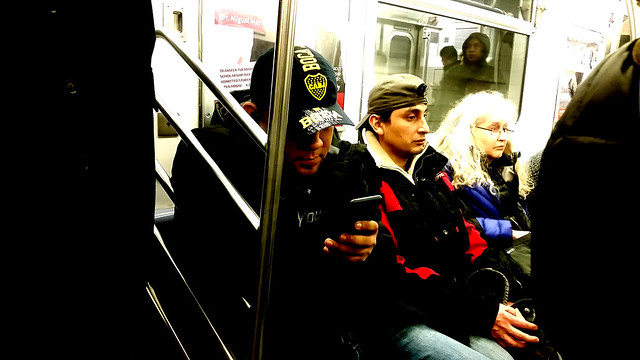 (2.1)
(We rejoin our Dharma Drunk heroes as they head uptown to the Bronx…searching for Marylou’s dimly remembered bar…the bar she thinks may be somewhere near Yankee Stadium…the bar she has only been to while inebriated).

“We can all be saints and sinners simultaneously, Marylou,” I say as we stand on a packed D-Train.

Marylou looks at me askance. “Is that your pithy slogan of the day, pal? Do you now speak in bumper-sticker?”

“Another conundrum?” she retorts.

“Life tends to be a cluster-fuck of conundrums,” I reply.

Marylou and I can find no seats, so we grasp to the pole in the center of the car.

“We can all be saints and sinners simultaneously, you say?” Marylou asks.

I take my stubby hand out of my pocket and point to a guy wearing a Boca Juniors cap.

“My dad used to take me to an Argentine steakhouse in Elmhurst on the weekends,” I say as the train continues to roll down the subway tracks. “He played soccer in an amateur league and we would stop by this place on our way home. Before he died, my father took me there for sangria to celebrate my 21st birthday. That was the last time I had a private Shangri-La in a bar. A tipsy paradise all to ourselves. My father and I. Sitting in the corner and feeling that the world was open to every possibility. It may have been my youth. It may have been the sangria. But it was potent like a cocaine high, Marylou.” 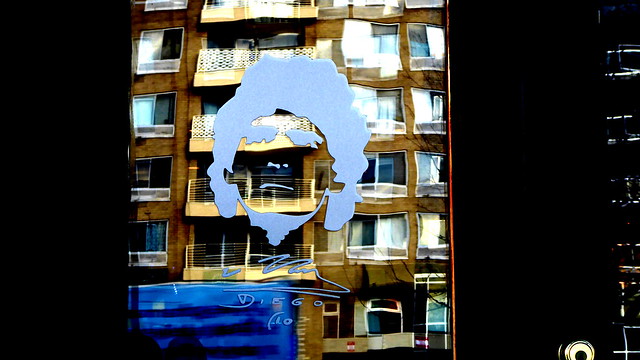 “Where the hell is this going?” Marylou asks.

“The image of Diego Maradona is on the mirrored front door when you enter the restaurant.”

“One of the greatest – and one of the most infamous Argentine soccer plays who ever lived.”

“So? Saint and sinner? Simultaneously?”

“He played at Boca Juniors for a season back in the 80’s. He and the coach were ready to kill each other. But they still won the league that year. They still found victory in all that chaos.”

“So. Famous and infamous.”

“He scored one of the most thrilling goals ever seen in the ’86 World Cup playing for Argentina against England. He dribbled through half-a-dozen defenders, all five-foot-five of him, he evaded capture at every turn, and put the ball in the back of the net as gracefully as you’ll ever see. He also committed the most flagrant hand-ball to score a goal in the same game. He claims the goal was scored by the ‘Hand of God.’ You see him plain as day punch the ball into the net with a clenched fist. He cheated. Absolutely. No qualms about the play. He cheated. And he got all his teammates to crowd around him and celebrate so no one would think about the goal for too long. Don’t let the ref have time to question that it was a goal. Legal and standing. Maradona played the most exquisite soccer and committed the most horrible cheat all in the same match. All in the same game. He’s a hero to many from that one game. And a villain to many from that one game. He later said the hand-ball was payback for England’s involvement in the Falkland Islands. Don’t tell me politics doesn’t ultimately touch everything. Don’t tell me that at all.” 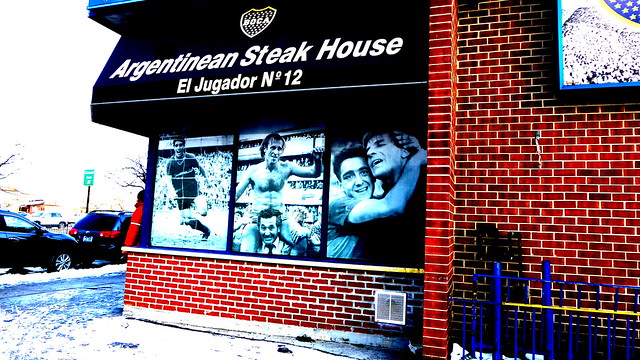 “So. Soccer saint. And soccer sinner.”

“Cluster-fuck of conundrums, Marylou. We’re all somebody’s saint and somebody’s sinner. All in the same game. Best not to worry about right and wrong. Good and evil. Best to just keep kicking the ball forward and see if we can’t score a goal on the defenders.” 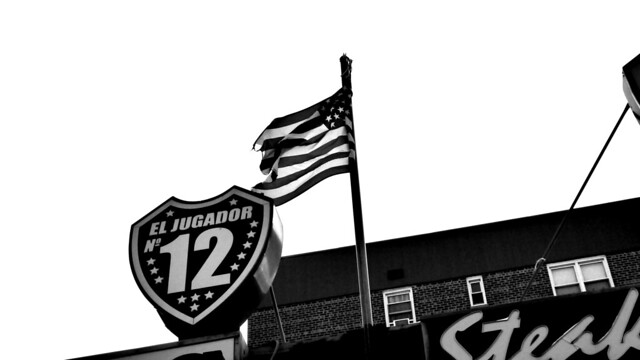 We’re quiet for a moment.

“I think about that place often, Marylou. The last place I felt safe with dad before he went. A place so boisterous. Grown men screaming at the televisions. The futbol playing above our heads on all those screens. Alive. Everything was alive. And then, a few weeks later, he’s suddenly gone. Heart attack. He was fine and full of piss and vinegar and then, suddenly, he was on our kitchen floor with no light left in him. In a matter of moments. The whole thing didn’t take longer than two minutes. The entire threshold of life and death crossed in less time than it takes to hail a cab, Marylou. The whole time it took Maradona to score both goals in that 1986 World Cup match.”

I lean over and kiss Marylou on the cheek.