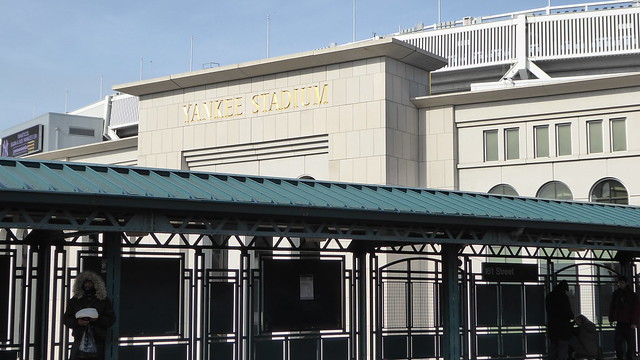 (5.1)
(We rejoin our Dharma Drunk heroes as they head out of Manhattan to the Bronx searching for Marylou’s dimly remembered bar.)

The train darts from the tunnel onto the elevated track as mid-day sun pours through our subway car windows.

The train slides into the station at 161st Street.

We exit the subway and stand under the shadow of Yankee Stadium (Version 2.0).

The House that Jeter Built. Replacing the original Yankee Stadium as of 2009.

Heritage Field now stretching across the lot of space where the old, venerable stadium once stood.

Version 2.0 towering above us. Gold, declarative letters with scrubbed white stone, clean and shining like a beacon. Evoking the Acropolis of ancient Athens.

But at ten-times the real estate value. 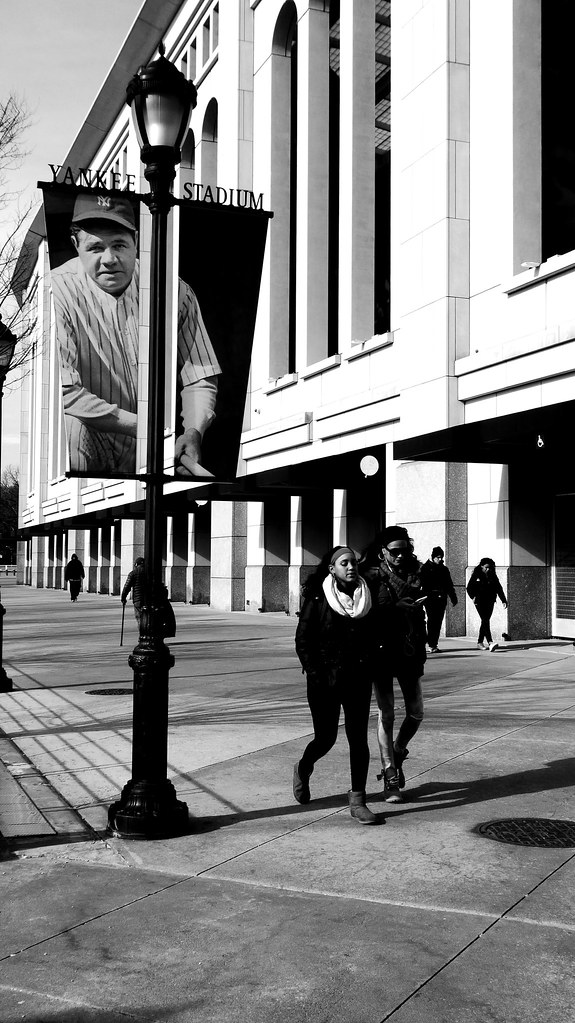 (5.2)
Marylou and I orbit the stadium as she tries to recall where her fondly remembered bar might be.

Marylou and her friend Joan came to more than a dozen games the first two years the new stadium opened.

“I hate baseball,” Marylou says. “But I love the soap opera of live sport. Bread and circuses. The drunken coliseum. Tribes fighting tribes. Except these tribal skins have pinstripes and various bird logos.” 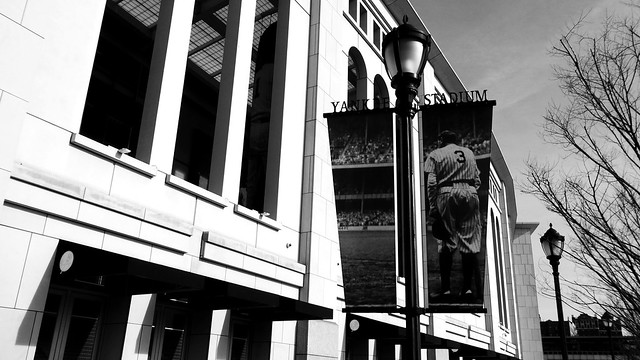 Baseball is about the script, the actors, and the live performance.

And many of the greatest actors of baseball performed in stadiums built on these tracts of land. 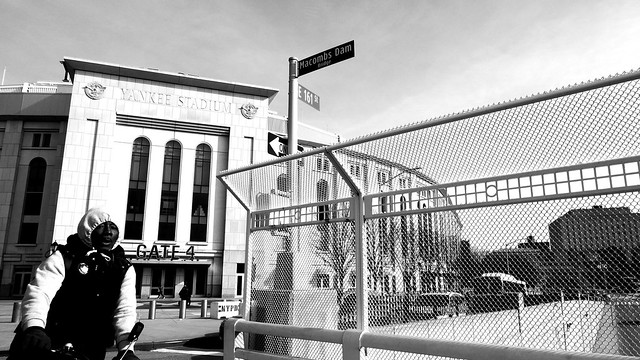 (5.4)
Many Red Sox fans will burn my effigy in the streets of Boston for saying this (likely dangling from a noose thrown around the Citgo sign across from Fenway), but I dig the romantic lore of the Yankees. I loved the original stadium when I would go to games many moons ago. Version 1.0. The House that Ruth Built. This is the storied team of Mickey Mantle, Satchel Paige, Joe DiMaggio, Lou Gehrig. The pride of my childhood baseball card collection was a handsome Topps reissue of the 1927 Yankees roster. 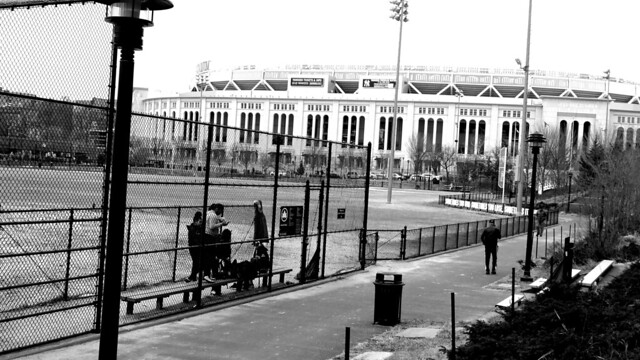 At the age of nine, my modest baseball card collection was the equivalent of a Biblical relic.

And, just like all great relics of Biblical history – the tablets with the Ten Commandments inscribed across them or the Ark of the Covenant – my 1927 roster collection went missing during one of our moves and is very likely now nestled in some cave near the Dead Sea. 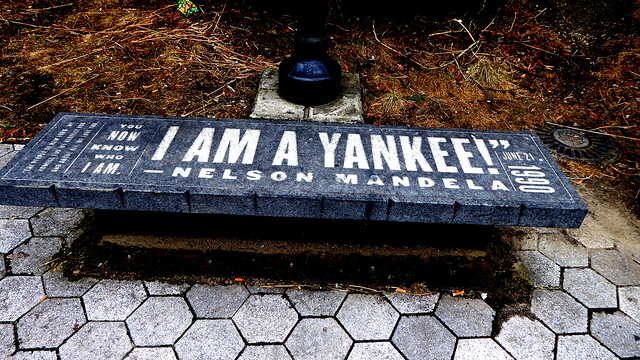 (5.6)
“My only regret,” Mandela said as he spoke at the old Yankee Stadium during his visit to New York in 1990 as a campaign to help end Apartheid, “is that I am unable to embrace each and every one of you.”

“There is an umbilical cord that ties us together,” Mandela said.

“The people of New York, we admire you, we respect you and, above all, we love you,” he said.