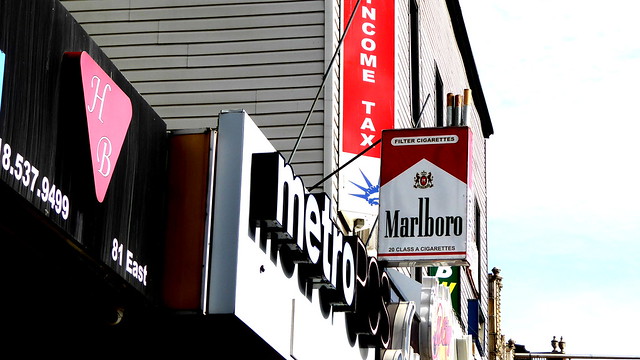 (6.1)
(We rejoin our Dharma Drunk heroes as they wander the streets of the Bronx searching for Marylou’s dimly remembered bar.)

“Do you know where we’re going, Marylou?” I ask as we shuffle down 161st Street away from Yankee Stadium.

“We’re getting warm!” Marylou says as she reaches her hands out in front of her as if she’s clutching a divining rod searching for water in the desert.

We pass under an absurdly large rendering of a Marlboro Reds cigarette pack.

And I know what she means.

People without vices have never stared into the abyss, found nothing of comfort there, and needed a salve somewhere else. Even the ill-advised salve. Even the salve they have to overcome.

“I don’t trust a man who don’t drink,” the character Margaret says in Tennessee Williams’ CAT ON A HOT TIN ROOF. Of course, her character is surrounded by alcoholic men, so her first impressions of healthy, trustful masculinity might be skewed.

But I get the feeling.

Never entirely trust someone who has never felt that need to escape.

They’ve seen the universe stripped to its bones and can’t make heads or tails of any of it.

So they drink. They smoke. They shoot up. They lose themselves in constructs of fantasy. They get as far away from the abyss as they can. They find a way to forget the abyss was even there.

I look at the pack of Marlboros and get a flash of strangely pleasant nostalgia.

Marlboro Reds in the hard-pack were my smoke of choice when I was a career cigarette junkie. There is still a thick layer of hardened ash lining the bottom of my Smith Corona typewriter from college. Ash from the edge of my smoke would escape me and fall under the keys, settling into the hollow body like asbestos. Or not make it to the thick glass tray when I would whip ash. Ash would float back into the typewriter like snow.

I quit 15 years ago. I have now been a non-smoker longer than I was a smoker.

I wanted the caffeine and nicotine buzz in stereophonic sound, baby. 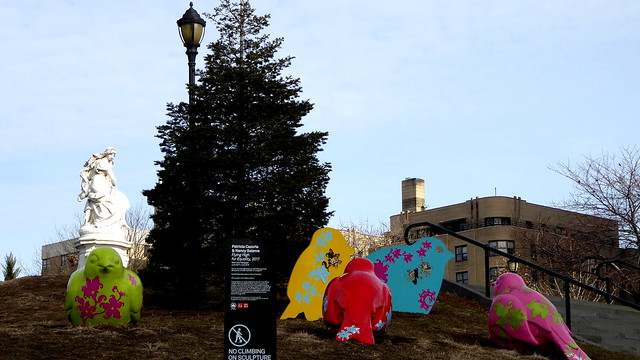 (6.2)
“We’re getting warmer, friend,” Marylou says as we continue down 161st Street past Joyce Kilmer Park.

I wonder if Cazorla and Saleme’s birds know where the hell Marylou is leading us. 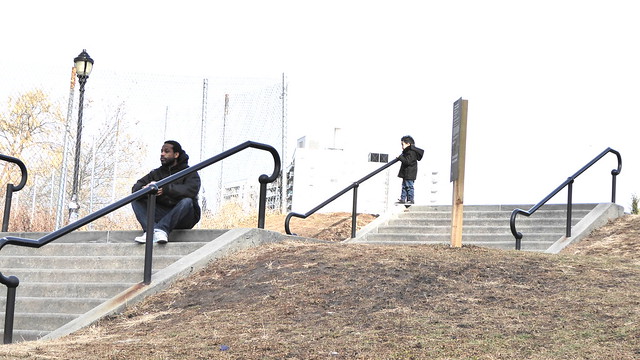 (6.3)
Do either of these lovely gentlemen know where Marylou is heading? 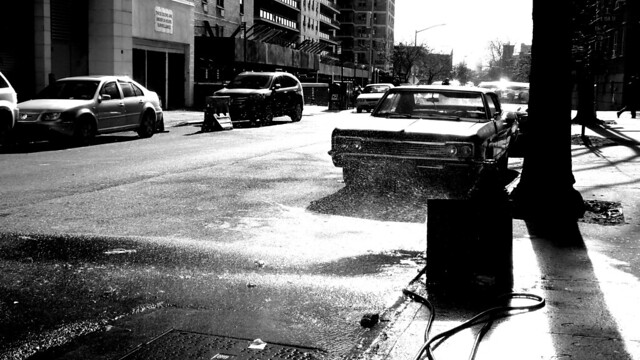 We’re greeted by the smell of fresh asphalt, water from the hydrant being guided down the street to cool the tar. 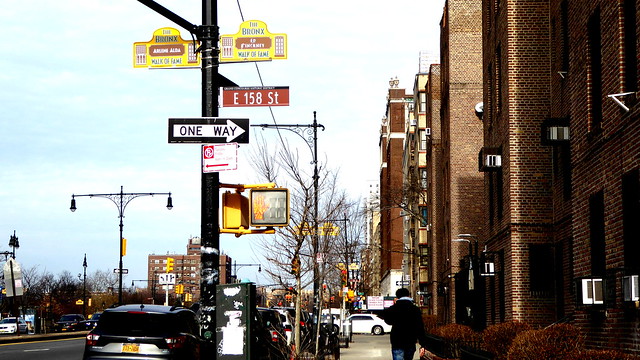 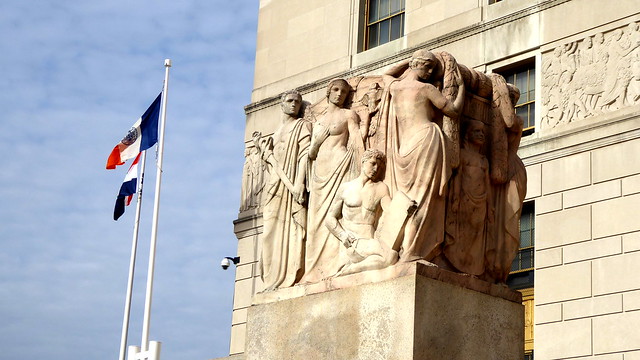 (6.6)
I continue to follow Marylou under the shadow of the Bronx Supreme Court.

Her arms still reaching out in front of her. Her invisible divining rod still guiding her. 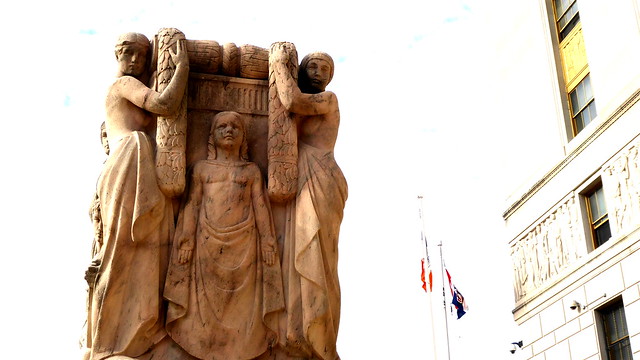 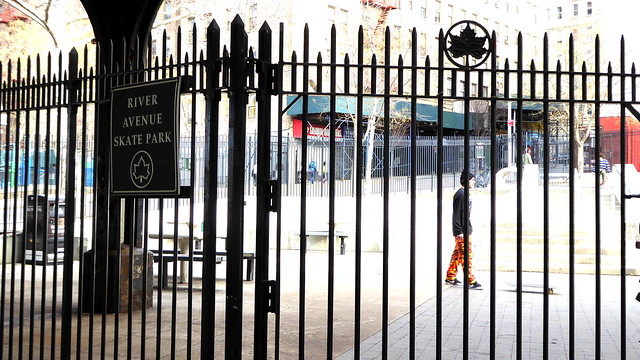 “It’s just a few blocks this way,” Marylou assures me. “I feel it.” 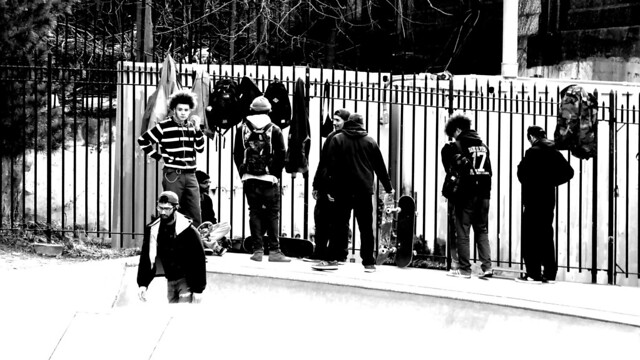 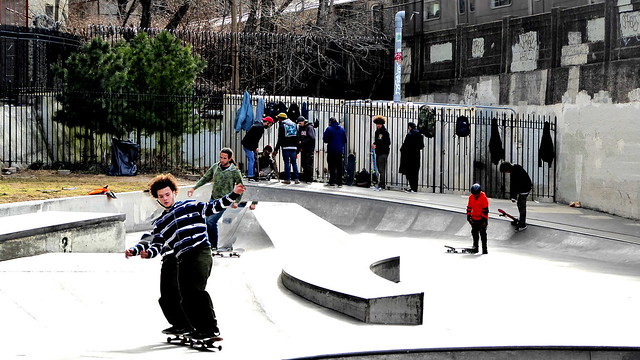 (6.10)
We continue down River Avenue.
Watching these tiny moments. Tiny stories. Tiny victories.
Staying on the board. Showing the park what you got. Tricks of the trade. 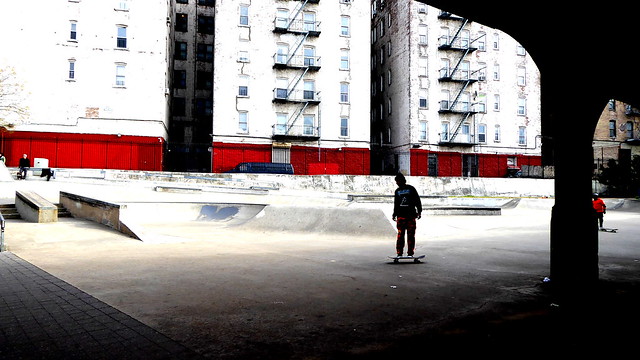