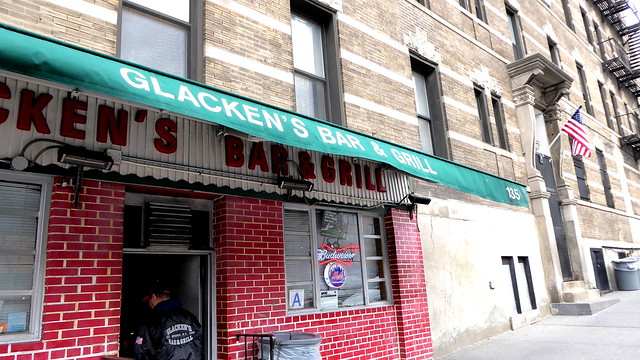 (We rejoin our Dharma Drunk heroes as they wander the streets of the Bronx searching for Marylou’s dimly remembered bar.)

And she stops and turns. 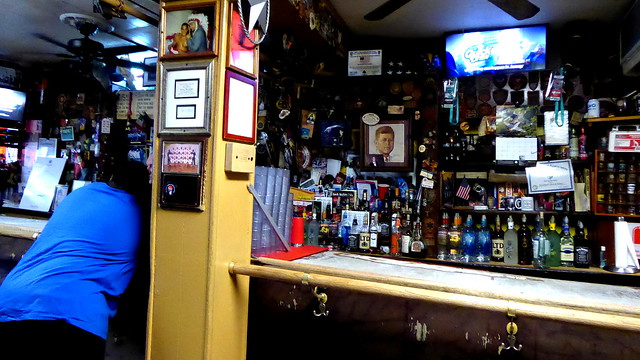 (7.2)
We order two Jacks and Coke and take a seat at a table in the corner.

Glacken’s is the sort of bar that can never be conjured up out of thin air. To attempt to do so would be akin to fabricating new torn jeans or new vintage T-shirts. It may look approximate at first blush. But you stare at it a little longer and it gradually looks like the pale facsimile it actually is.

Glacken’s has been here for decades (going on a century) and, like a piece of vinyl played tens of thousands of times, it wears its deep grooves proudly. Photos of family and friends and local drinkers paper the walls. Like my old Smith Corona typewriter, years of cigarette ash have settled into the fabric of this place.

It’s as glorious as it is unpretentious. 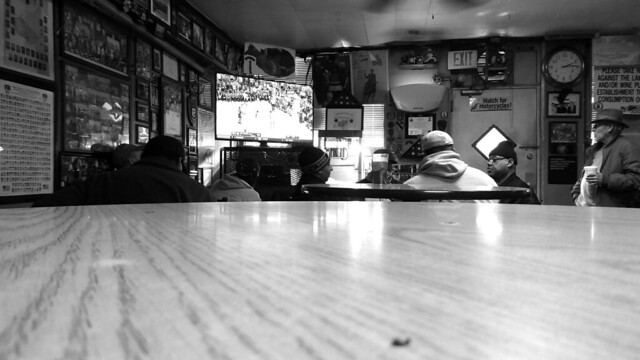 We listen to a concert of college basketball and the clack and clatter of dominoes on the table near the front door.

Both games in mid-swing.

The hustle of sneakers on the basketball court.

The castanet of dominoes rattling on the table. 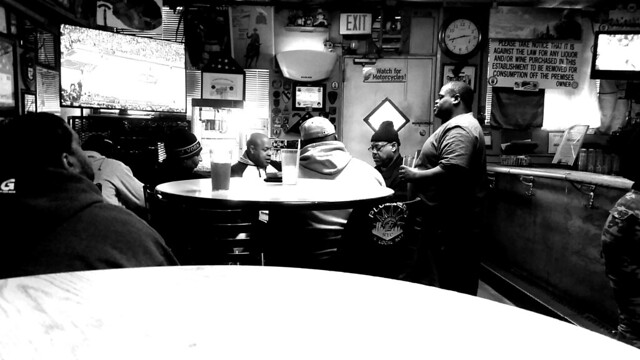 Clack. One more is down on the table.

Clack. One more down. 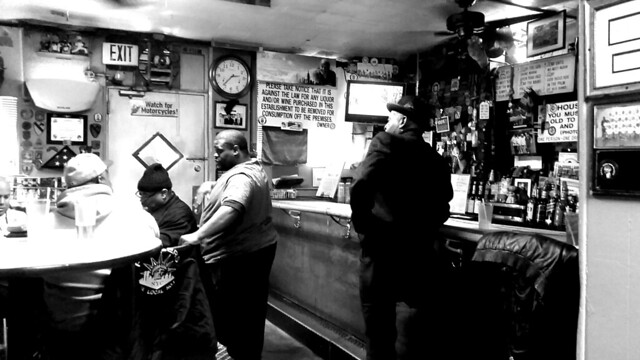 Was Bo the greatest athlete who ever lived? 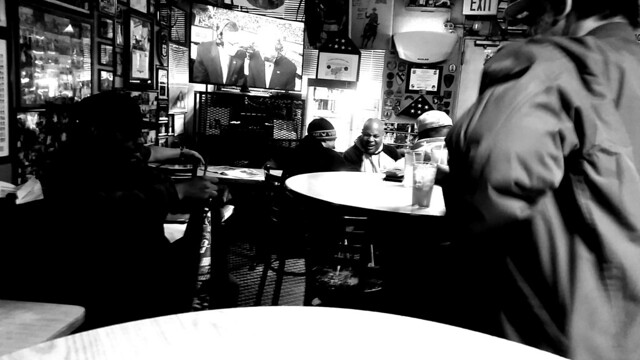 Muhammad Ali and Michael Jordan might have something to say about that. 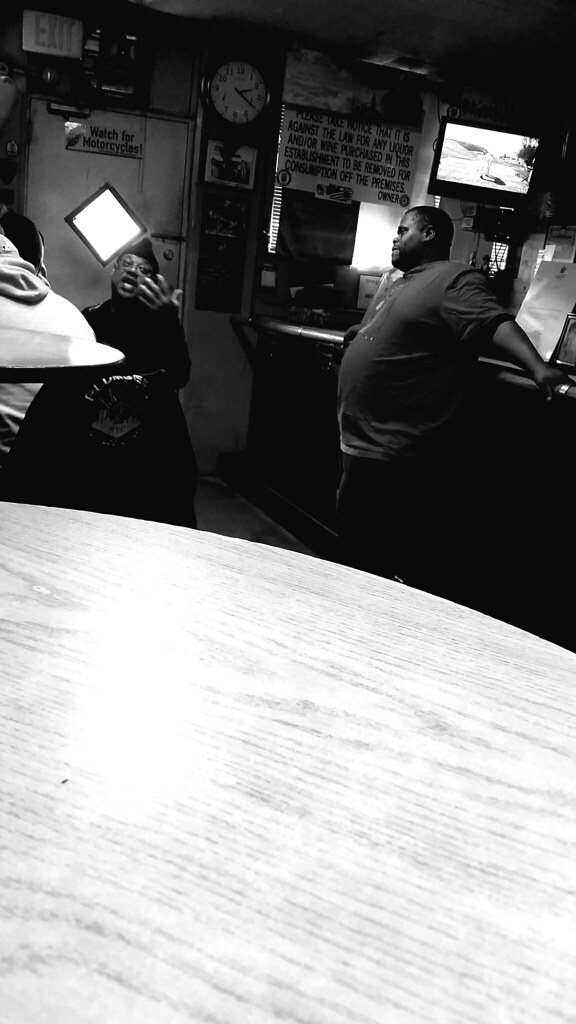 (7.7)
Conversation rolls and rolls on like a jam session of quasi-drunk jazz musicians at 3:00 AM.

A little soft around the edges from the drink, but it still swings hard and it’s still straight-blowing. Straight-ahead 4/4 time. Basic blues key. Just put some air through your horn and figure out what you’ve got to say while it’s coming out.

They keep talking of Bo Jackson. Jordan. The great wide-receivers of the modern era.

The long-suffering Jets.
Oh. The heartbreak and horror of being a Jets fan.
I think of Conrad’s HEART OF DARKNESS as they talk of the Jets’ outlook for the upcoming draft. ‘The horror. The horror.’

Conversations slither and slink like a sidewinder. Don’t need to go in a straight line. It’s all good, just as long as you get across the desert. 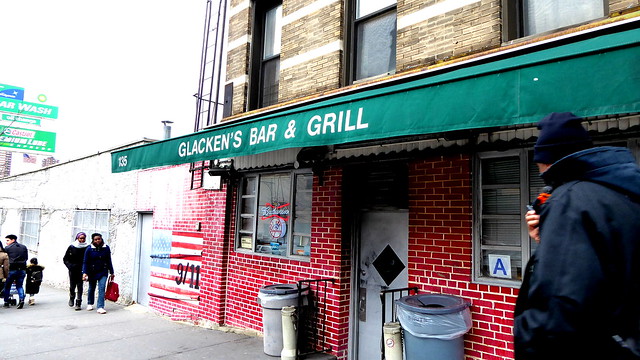 “No,” Marylou says crestfallen. “I thought I had it,” she barks as she returns our glasses to the bartender.

We leave the small enclosure and stand back on the street outside.

“Never surrender!” she says and reaches her arms out in front of her again.

She starts back down the street toward River Avenue.
Her invisible divining rod leading her on.

“Onward,” she says over her shoulder.

(Tune in tomorrow for the nest installment…)