The Martini Effect – Chapter 8 (#Yankee Tavern on the “Green”) 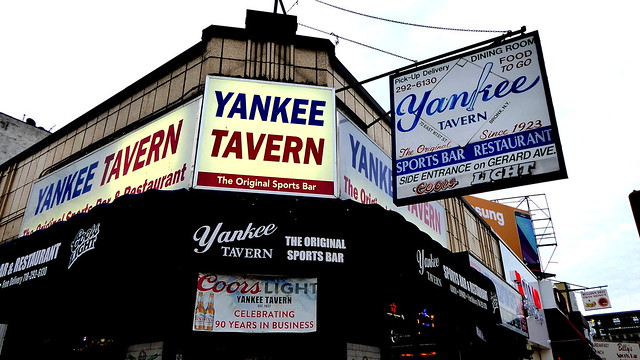 (8.1)
(We rejoin our Dharma Drunk heroes as they wander the streets of the Bronx searching for Marylou’s dimly remembered bar.)

I follow Marylou as she leads us back down River Avenue to 161st Street.
She spreads her arms wide as if she’s opening thick curtains to take a peek backstage.

We stand in front of Yankee Tavern.

“Is this the place?” I ask. “Your private Shangri-La?” I tap her playfully on the head.

She purses her lips and moves her mouth left and right, pondering our coordinates.

After a long pause she says, “No. But I want a Bronx IPA.”

We pass through her invisible curtains and walk into the darkened tavern. 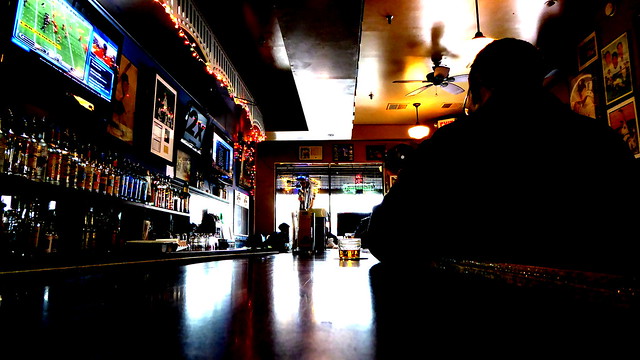 (8.2)
Marylou and I sip our IPA’s and watch the light in the bar dim as overcast skies blanket the sun outside.
The bar now truly looks like the off-season.
A cyclorama of winter grey surrounds us and the bar looks even more dormant.
Bars this close to the stadium are generally half-empty in the afternoon hours during the off-season. Some of the great local bars don’t even open until later in the evening. 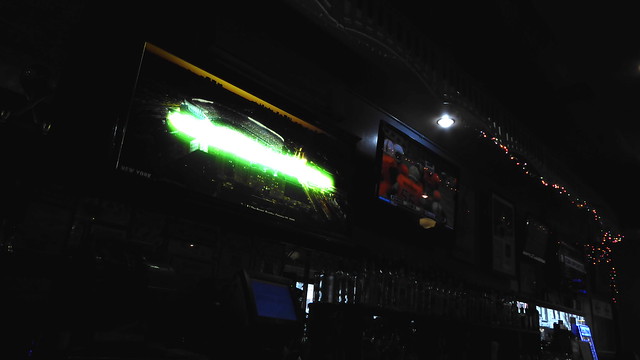 (8.3)
The light outside the bar changes and we see the green glow of the glass installation on the wall.
A photo/painting of Yankee Stadium on glass with the subway line lit neon green celebrating the Subway Series of 2000.
The bartender tells us he’s been offered thousands and thousands of dollars to sell it.
They keep pestering the bar. They keep upping the ante. They keep making bigger offers.
But the bar will never part with this glowing green token.
A local baseball fan made it for the tavern.
And the bar will never let it go.
Some things can’t be bought.
We can forget that sometimes in this city.

Some things are simply not for sale. 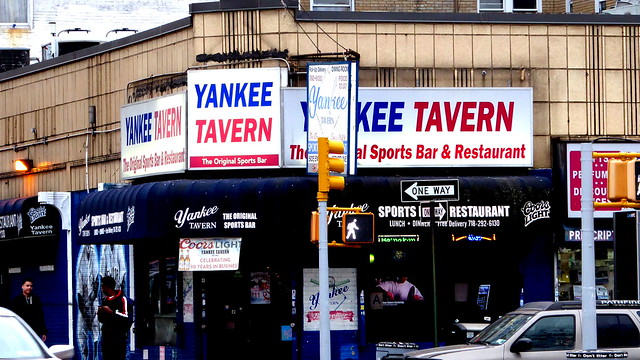 (8.4)
We finish our IPA’s and leave the tavern.
Marveling at how anything in this town stays in business for 90 years.

Marylou turns and crosses the street, her arms reaching out again like some tipsy Jedi Knight. 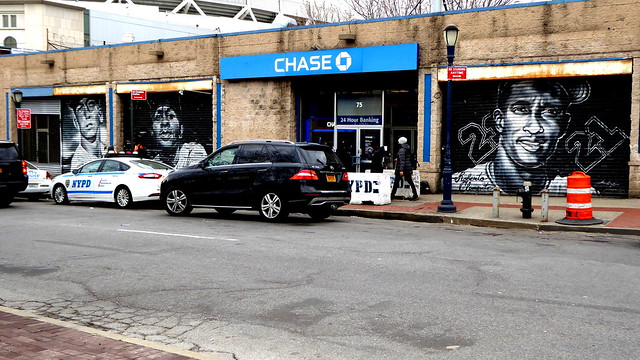 (8.5)
It’s on these streets, with the baseball grounds upon which they play sitting spitting distance from us, where the Yankees feel less like the corporate conglomerate they have become and more like the neighborhood club that the locals tie all their hopes and dreams to.
The strangeness of team allegiances.
Hopes and dreams tied to men who will never know you. Hopes and dreams tied to organizations that you will never have complete control over.
You can go to a game and cheer them on. Shout obscenities when they falter. Wave at them at the parades when they are victorious.
But we have so little influence over the daily grind of our teams. We’re not in training with them. We’re not in the locker rooms with them. We don’t pick rosters. We don’t draft players. We don’t call plays.
We are spectators. We are the audience to their theater.
And yet they can change us for the better.
They can show us what is possible.
And they can break out hearts.
They’re members of a cast in a high-opera.
They make us fly and they dash us to the rocks.

The Russian novel of sports. 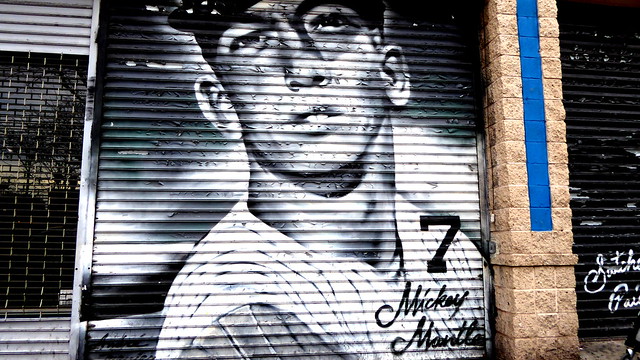 (8.6)
“Somebody once asked me if I ever went up to the plate trying to hit a home run. I said, ‘Sure, every time.”
– Mickey Mantle 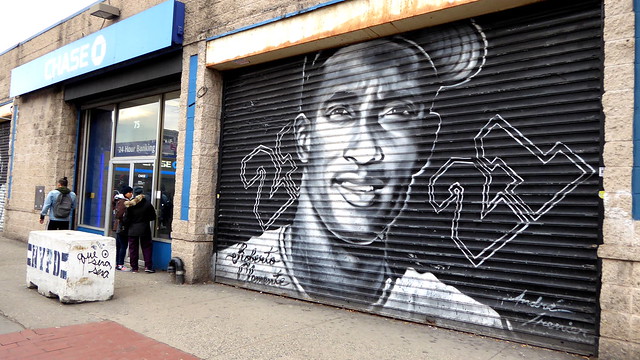 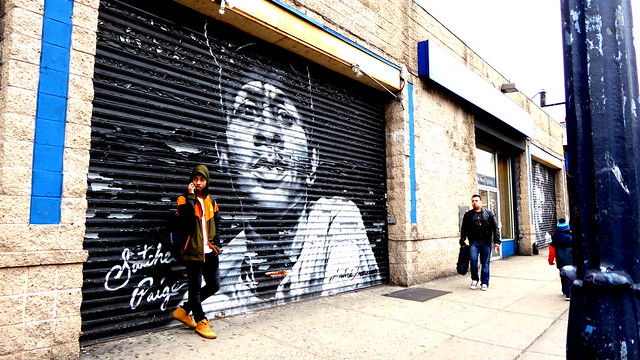 (8.8)
Don’t look back. Something might be gaining on you.
– Satchel Paige