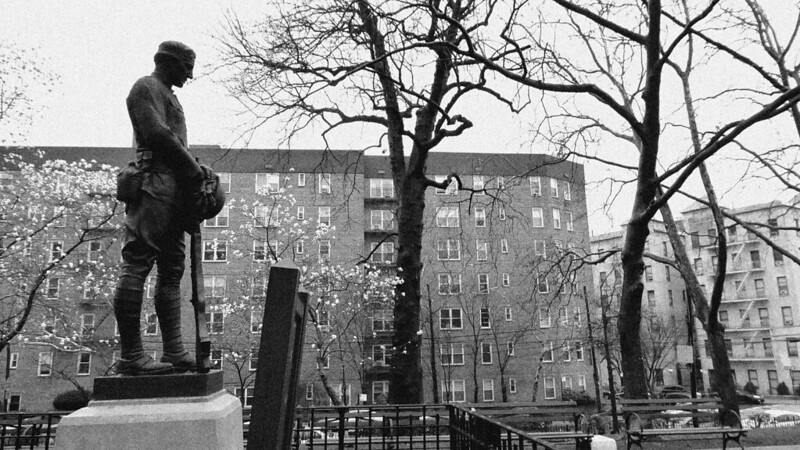 In the quiet of the morning, the rain still falling softly, I slip out of my apartment and head over to the park to have a meditative moment with the Doughboy Monument. The statue serves as a sober tribute made to the soldiers serving during the First World War. Their time in the trenches left them covered and caked by mud and dust as they fought in No Man’s Land, hence the term ‘doughboy.’ It appeared as if they were made of dough, not flesh and blood, as they walked out of the trenches for their photo opportunities. The statue always gives me comfort. Especially during these moments of isolation. What do I have to sacrifice in comparison to what was given up before me? We are all engaged in a form of survival. All lost on a No Man’s Land. All navigating trenches. And all covered and caked with mud and dust. I imagine this stone figure as a vanguard for the neighborhood. Keeping an eye on us. Ever watchful because he’s stronger than us. Made of metal and stone, not flesh and blood, mud and dust. He’ll stand long after we’re gone. He stands because of an idea. A principle. “Lest we forget” is written on the stone beneath the statue’s feet. Troubles pass. Principles remain.